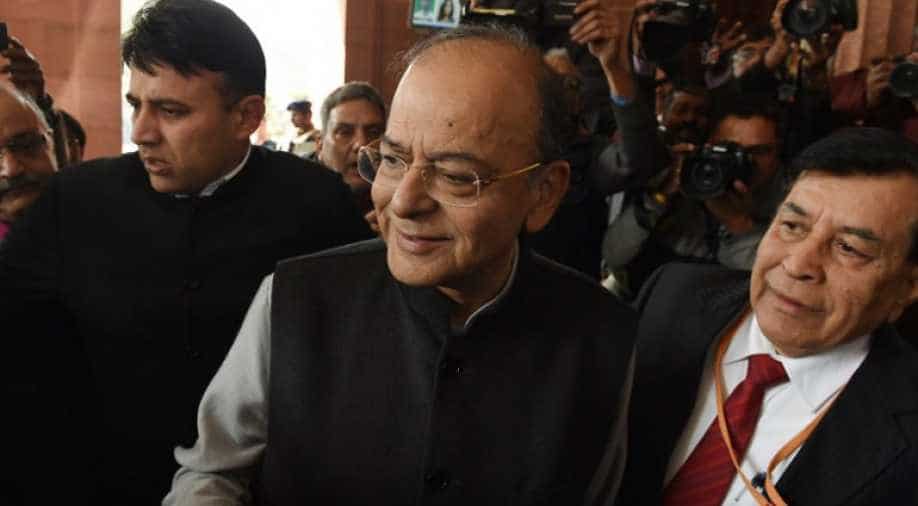 Finance minister Jaitley said measures announced in the budget will promote creation of more jobs in the country. Photograph:( AFP )

The government in its budget has made PAN mandatory for any entity entering into financial transaction of 2.5 lakh or more.

PAN will also be used as Unique Entity Number for non-individuals from April 1. The government has also decided to impose 10 per cent surcharge on income above Rs 50 lakh.

Surcharge of 15 per cent on income above Rs 1 crore will continue.

The Modi government has also decided to impose customs duty on mobile phones from 15 per cent to 20 per cent including in certain parts of TVs it has been pegged at 15 per cent.

"There is substantial potential for domestic value addition in certain sectors, like food processing, electronics, auto components, footwear and furniture," the finance minister said during his budget speech.

"This measure will promote creation of more jobs in the country," Jaitley added.