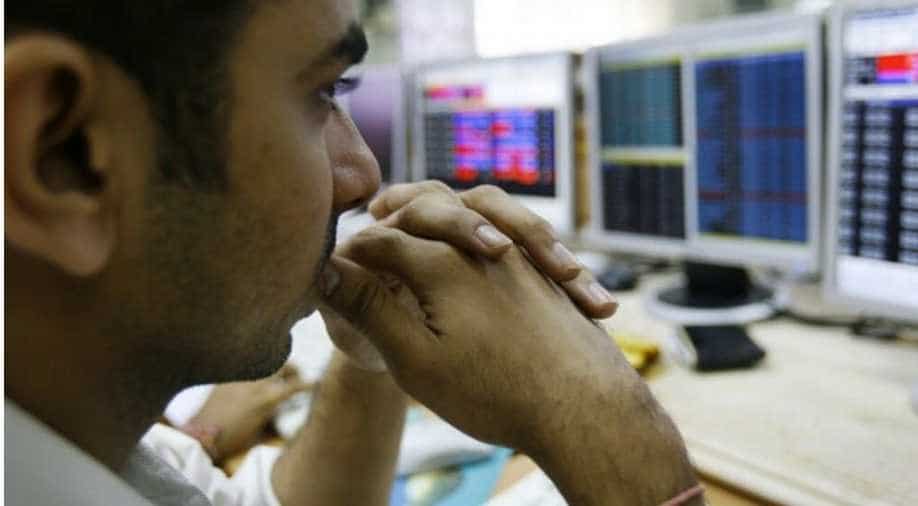 Banking index suffered the maximum loss with over 4.8 per cent drop. Financial and telecom indices too fell sharply by 4.9 per cent and 3.85 per cent, respectively.

Investors also turned cautious ahead of the third quarter GDP data release, besides keeping an eye on simmering geopolitical tensions between the US and Syria.

Sectorally, banking index suffered the maximum loss with over 4.8 per cent drop. Financial and telecom indices too fell sharply by 4.9 per cent and 3.85 per cent, respectively.

Vinod Nair, Head of Research at Geojit Financial Services, said, "Domestic markets tumbled in line with global trend triggered by a sharp rise in bond yields. Increasing geopolitical tension between the US and Syria aggravated the selling. Q3 GDP data which is to be released today also added volatility in the Indian market."

Global stocks fell on Friday, with Asian shares down by the most in nine months. MSCI's Emerging Markets equity index suffered its biggest daily drop in nearly 10 months and was 2.7 per cent lower, while European shares opened in the red, with the STOXX 600 down 0.7 per cent.

The MSCI world equity index, which tracks shares in 50 countries, was 0.9 per cent lower and was heading for its worst week in a month.

Asia saw the heaviest selling, with MSCI's broadest index of Asia-Pacific shares outside Japan sliding more than 3 per cent to a one-month low, its steepest one-day percentage loss since May 2020.