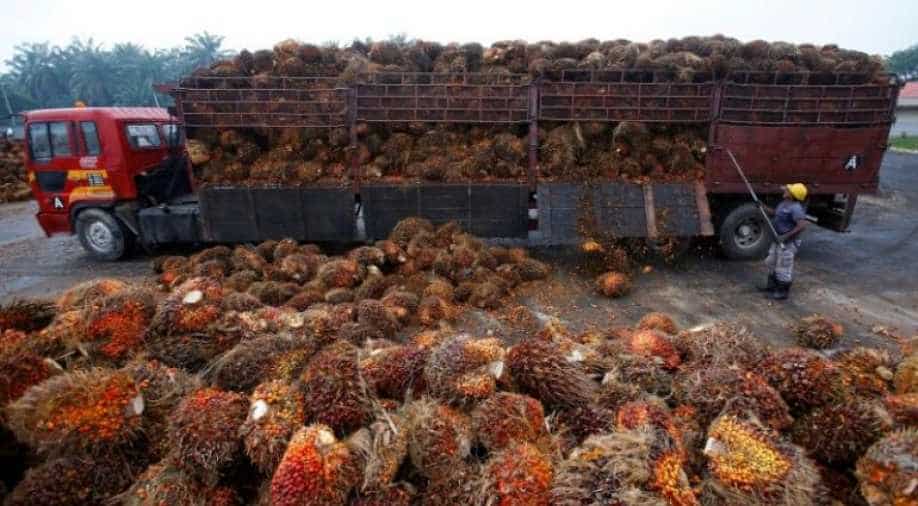 India announced the curbs on imports of refined palm oil on January 8 in a bid to help domestic refiners raise their plant utilisation rates, according to industry officials familiar with the matter

India announced the curbs on imports of refined palm oil on January 8 in a bid to help domestic refiners raise their plant utilisation rates, according to industry officials familiar with the matter. In a typical year, India relies on imports for almost all of its supply of the vegoil used in everything from soap to cookies.

But Malaysia, the world's second-biggest producer and exporter of palm oil, has publicly bridled at New Delhi's move even as India has stepped up orders from Indonesia, according to Refinitiv data. India has been its biggest market for the last five years, and the row sent benchmark Malaysian palm futures to their worst weekly fall in more than 11 years on Friday.

"More than 30,000 tonnes have been stuck at various (Indian) ports. All these vessels were loaded before the government restricted imports of refined palm oil," said a Mumbai-based vegetable oil dealer, who declined to be named citing company policy.

"Usually customs officials allow unloading of commodities that are in transit before any change in regulation. But in the case of refined palm oil, there is some confusion and that is leading to delays."

A source in New Delhi with direct knowledge of the matter said the restrictions mean importers will need a license to buy, a tool that could be used to deny or delay shipments from Malaysia. The person declined to be identified citing the sensitivity of the matter.

Another vegetable oil importer said some vessels were stuck at Kolkata port in eastern India, with some others on the west coast. In one incident at Mangalore port on the west coast, crude palm oil was unloaded from a vessel, while refined oil was not permitted ashore, said the importer, who also declined to be named citing the sensitive nature of the situation.

Reuters could not ascertain which vessels contained the cargoes that have been held up at Kolkata and Mangalore, nor who the buyers were. A source in Kuala Lumpur, who requested anonymity citing the sensitivity of the matter, said the refined palm oil was from both Indonesia and Malaysia.

Officials at Kolkata and Mangalore ports did not immediately respond to an email seeking comment.

Malaysia's Sime Darby Plantation, the world's largest oil palm planter by land size, said none of its refined palm oil was stuck at Indian ports. The company, which has operations in both Malaysia and Indonesia, exported more than 436,000 tonnes of refined palm oil to India last year.

Sudhakar Desai, president of Indian Vegetable Oil Producers' Association, said refined palm cargoes that reached before the restrictions were placed had been cleared but none after that.

"We don't think any licenses have been issued for any origin," Desai said.

A spokeswoman for India's trade ministry did not immediately respond to an email from Reuters seeking comment.