Over 4,000 delegates from 140 countries attends World Government Summit in Dubai 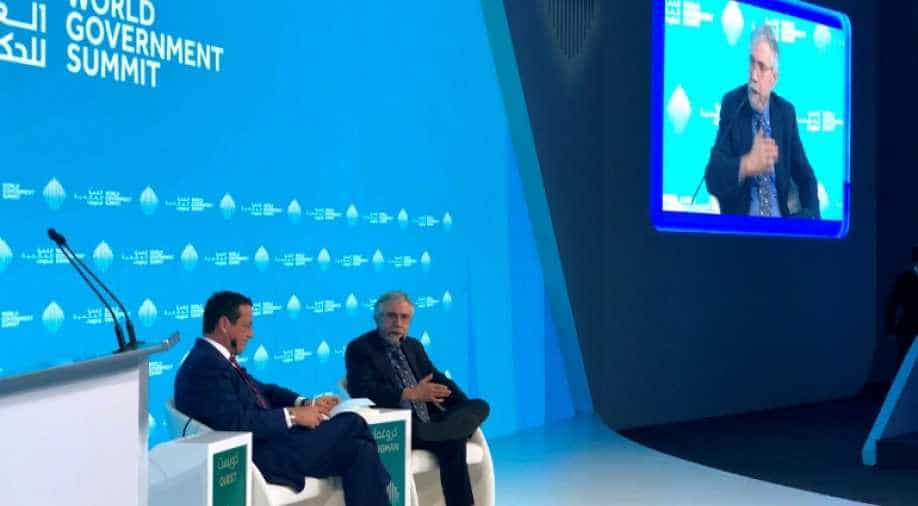 The World Government Summit in Dubai, attended by more than 4,000 delegates from 140 countries representing the business, cultural and political sectors, on Sunday featured speeches and discussions of peace, development and the present and future world economy.

In the inaugural address of the conclave, Lagarde warned that the world economy is growing more slowly than anticipated because of various factors.

Key among those factors, Lagarde said, are trade tensions, tax hikes, financial restrictions, the uncertainty over Brexit and the deceleration of the Chinese economy.

In her speech, the IMF director laid out her vision of the future of the world economy, which - she emphasized - finds itself at a moment of "transformation."

She also took advantage of her time at the speaker's podium to issue a call to all countries to fight against corruption, emphasizing that it creates a lack of confidence and puts the brakes on economic growth.

Less convinced about the positive effects of technology on the organization of labor was Nobel Prizewinner in Economics Paul Krugman.

The US economist emphasized that technology has changed a great deal in the past 25 years, but that has not meant much shift in the way people work, and so - in his judgment - the tech revolution has not been a truly "revolutionary" kind of change and the expected shifts in the workplace have not been as great as had been anticipated.

Pope Francis, who just wrapped up a trip to the UAE, also participated in the summit via a video message sent to the forum attendees reminding them that "one cannot speak of sustainable development without solidarity."

Via a video, the pontiff asked the attendees - in taking up "basic issues" like the challenges of politics and economic development - not to simply ask themselves what the best opportunities are to take advantage of, but rather "what kind of world we want to build together."

"We could also say that the good, if it is not common, is not true good. Perhaps now more than ever thinking and acting requires real dialogue with others because without others there's no future for me," he said.

Peace and conflict were also among the issues discussed at the forum.

Former Colombian President Juan Manuel Santos, in his remarks in a panel on the issue, discussed the peace process that he led in his country emphasizing that the Revolutionary Armed Forces of Colombia guerrillas had to be treated as "adversaries, not as enemies."

"The most important thing is to convince the other party, especially the commanders, that for them personally, it's better to negotiate peace than to remain at war," he said.

Some heads of government took advantage of the forum to call attention to their countries, with Pakistani Prime Minister Imran Khan appealing to foreign investors to back his country at a time when his government has undertaken a series of reforms that he admitted have been "painful."

It is time for investors to come to Pakistan, Khan told the audience, which included many multinational business leaders.

At the plenary session, Lebanese Prime Minister Saad Hariri talked about incorporating women into the labor forces and positions of responsibility in his country.

Hariri said that not involving women and not training them to work in all sectors represents a "great loss" for a country's GDP.

The conference, which has been held in Dubai each year since 2012, is scheduled to wrap up on Tuesday.