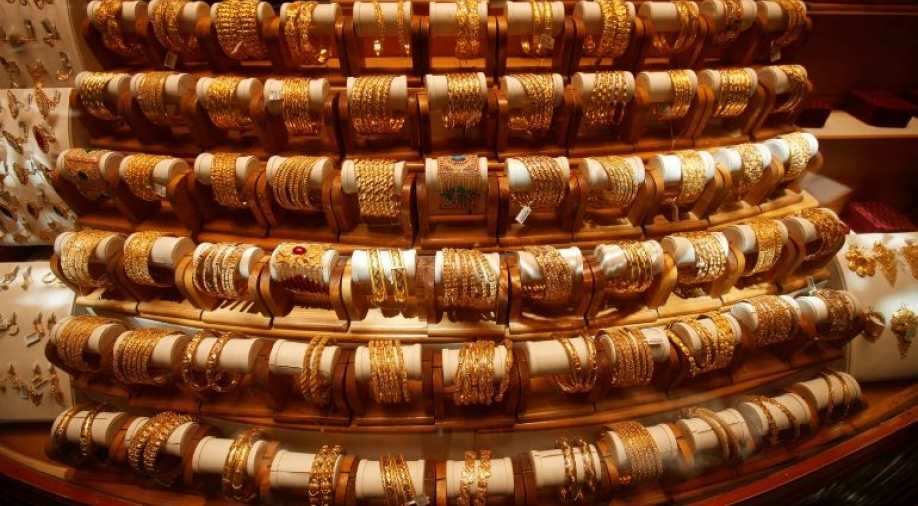 Gold rose on Friday and was on track to post a weekly gain, supported by an easing dollar and weaker than expected Chinese trade data which stoked global growth concerns.

"We have (China's) trade data out this morning which disappointed mainly on the import side, suggesting the Chinese economy is still struggling," said Julius Baer analyst Carsten Menke.

"This provided fuel to the growth worries, so that's why gold as a haven is benefiting."

China's exports fell in June as the United States ramped up trade pressure, while imports shrank more than expected, pointing to further strains on the world's second-largest economy.

Also helping gold was the dollar index, which eased for a third straight session as stronger-than-expected US inflation data failed to shake convictions that the Federal Reserve will start cutting interest rates this month.

Despite the robust core US consumer price index data, money markets still indicated one rate cut at the end of July and a cumulative 64 basis points in cuts by the end of 2019.

"The comments from the Fed and the minutes this week were on the dovish side and have given the market hope that there might be a chance of a 50 basis point cut," said ABN Amro analyst Georgette Boele.

Fed Chair Jerome Powell indicated on Thursday that a rate cut is likely at the Fed's next meeting as businesses slow investment due to trade disputes and their impact on global growth.

Spot gold has risen more than 11% since it touched the year's low of $1,265.85 per ounce in May, mainly on expectations of aggressive monetary policy easing and growth worries.

"The market is clearly more aggressive than we are, so there is some potential for disappointment on the rate side," Menke said.

"So, if we don't get three rate cuts by the end of the year this could be a trigger for a little bit of a short-term correction in gold."

In the physical market, gold buying stalled in top Asian hubs this week as consumers sold back bullion to cash in on the steep price rally.

A recent import duty hike further dented waning interest in an Indian market hit by a surge in local rates.