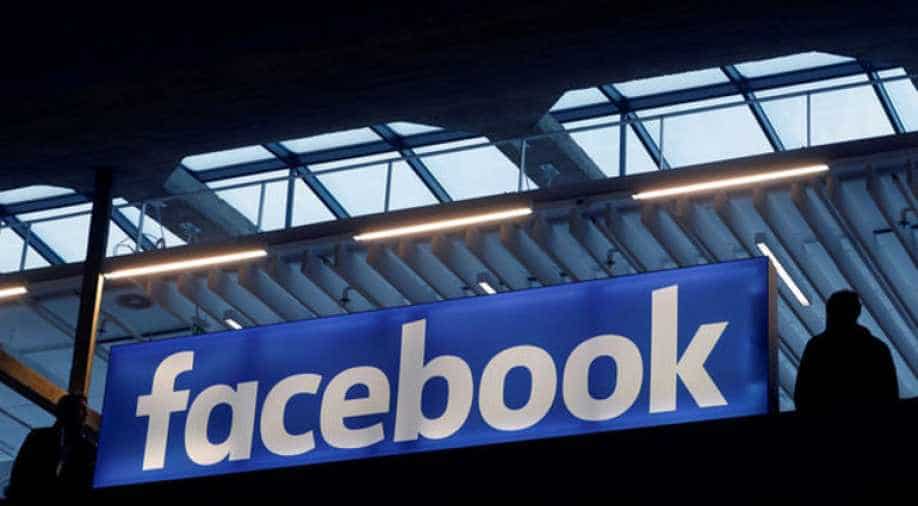 Signs watched for were said to include texts by people or comments to them, such as someone asking if they are troubled. Photograph:(Reuters)
Follow Us

Shares plunged seven per cent in opening trade to $207.57 as investors soured on Facebook even after a fourth quarter update largely in line with analyst estimates.

Shares plunged seven per cent in opening trade to $207.57 as investors soured on Facebook even after a fourth quarter update largely in line with analyst estimates.

Profit rose seven per cent from a year ago to $7.3 billion, while revenue increased 25 per cent to $21 billion in the final three months of last year, the update showed.

The number of people using Facebook monthly climbed eight per cent to 2.5 billion. For all its apps including Instagram, Messenger and WhatsApp, the figure was 2.89 billion.

Some analysts said the results pointed to weaker growth ahead for Facebook.

"The spectre of slowing growth took the edge off what has been an excellent run for the shares during 2019," said independent analyst Richard Windsor on his Radio Free Mobile blog.

"Despite the seemingly endless series of leaks and scandals, growth had remained strong, but some cracks are finally beginning to show."

Highlighting those concerns, Facebook acknowledged it agreed to pay a $550 million settlement in a class action suit based on allegations that users' biometric data was illegally gathered using photo-scanning technology and then stored.

The lawsuit stemmed from an Illinois law on biometric privacy, underscoring concerns on the costs of dealing with a range of data protection measures in Europe, California and elsewhere.

Analyst Michael Levine of Pivotal Research Group downgraded Facebook after the earnings reporting, citing weaker-than-expected ad revenues and "headwinds" that could limit its ability to collect data for targeted ads, the largest source of revenue.

"More of the headwinds are ahead of us rather than behind us," Levine said in a research note.

Investors appear concerned about the continuing increases in the amount of money Facebook spends as it pours resources into protecting privacy and preventing the network from being used as a platform for hate speech, abuse, and disinformation.

Costs in the recently ended fourth quarter rose 34 percent to $12.2 billion. Facebook ended the year with its employee ranks up 26 per cent to nearly 45,000.

Facebook is likely to see pressure from privacy rules hobbling the company's ability to effectively target its money-making ads.

Recent data privacy regulations in Europe and California as well as enhancements to browser or operating system software from Google and Apple, along with tools added by Facebook itself, are expected to limit the ability of the social network to use "signals" from third-party websites to more finely target ads, Wehner said.

Chief executive Mark Zuckerberg welcomed what he called "a good quarter and a strong end to the year" while noting that the company had much work to do.

He said Facebook was ramping up efforts to comply with a record $5 billion settlement with the US Federal Trade Commission on privacy controls while also fighting manipulation efforts during the US election campaign.

"As part of our FTC settlement, we committed to building privacy controls and auditing that will set a new standard for our industry -- going beyond anything that's required by law today," Zuckerberg wrote on his Facebook page.

"We're very focused on election integrity -- and this is an area where I'm proud of the progress we've made preventing foreign interference.

"We were behind in 2016, but after working to protect elections in countries across the world from the EU to India to Mexico to the US midterms for the past few years, we think our systems are now more advanced than any other company."

- Some still upbeat -
Some analysts remained upbeat on Facebook, noting that advertising revenues,  the vast majority of cash it generates, rose 25 percent at $20.7 billion in the quarter.

Morningstar analyst Ali Mogharabi said Facebook still has a "moat" as the largest social network, which will attract advertisers.

"The growth in users and user engagement, along with the valuable data that they generate, makes Facebook attractive to advertisers in the short and long term," Mogharabi said in a note to clients.

Debra Aho Williamson said Facebook has been able to maintain momentum despite a barrage of criticism and regulatory issues.

"Despite all of the concerns that have been swirling around the company in the past two years, it beat expectations on revenue, and it demonstrated continued growth in its user base," she said.