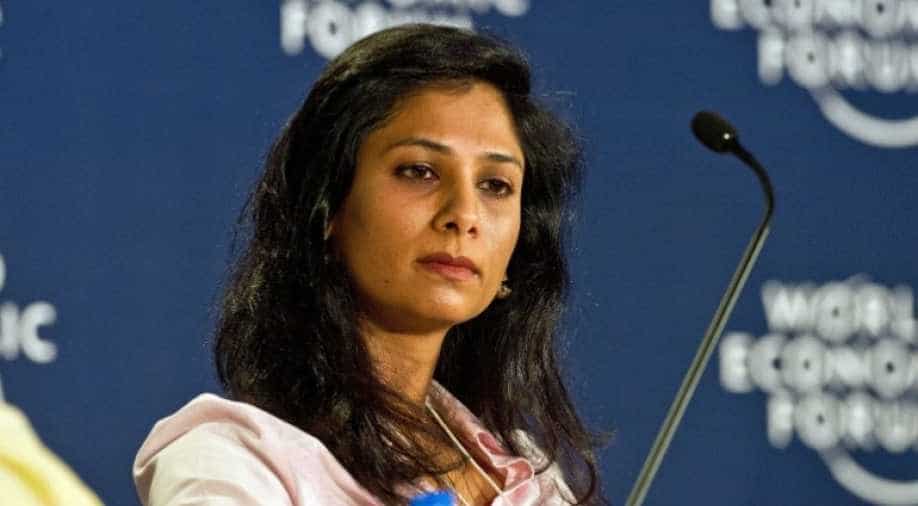 The US expansion continues, but the forecast remains for a deceleration with the unwinding of fiscal stimulus.

IMF Chief Economist Gita Gopinath on Monday flagged weakening global growth at a rate higher than expected and said emerging economies are also facing risks triggered by capital flows due to US actions and currency depreciation.

While global growth in 2018 remained close to post-crisis highs, the global expansion is weakening and at a rate that is somewhat faster than expected, Gopinath said here while announcing the latest update to the IMF's World Economic Outlook.

IMF has projected global growth at 3.5 per cent in 2019 and 3.6 per cent in 2020, 0.2 and 0.1 percentage point below its October projections.
Notwithstanding the modest downward revisions, Gopinath said risks to more significant downward corrections are rising.

While financial markets in advanced economies appeared to be decoupled from trade tensions for much of 2018, the two have become intertwined more recently, tightening financial conditions and escalating the risks to global growth, she added.

The US expansion continues, but the forecast remains for a deceleration with the unwinding of fiscal stimulus.

Economic activity in emerging and developing economies is also projected to tick down to 4.5 per cent in 2019, with a rebound to 4.9 per cent in 2020.

The outlook for emerging markets and developing economies reflects the continued headwinds from weaker capital flows following higher US policy rates and exchange rate depreciation, even though they have become less extreme, she said.

Across emerging economies, some of the pickups in inflation reversed towards the end of 2018, she added.

An escalation of trade tensions and a worsening of financial conditions are key sources of risk to the outlook. Higher trade uncertainty will further dampen investment and disrupt global supply chains, Gopinath added.

A more serious tightening of financial conditions is particularly costly given the high levels of private and public sector debt in countries, IMF's first woman chief economist said with Managing Director Christine Lagarde sitting by her side.

China's growth slowdown could be faster than expected, especially if trade tensions continue, and this can trigger abrupt sell-offs in financial and commodity markets as was the case in 2015-16, Gopinath said.

In Europe, the Brexit cliffhanger continues, and the costly spillovers between sovereign and financial risk in Italy remain a threat. In the US, a protracted US federal government shutdown poses downside risks.