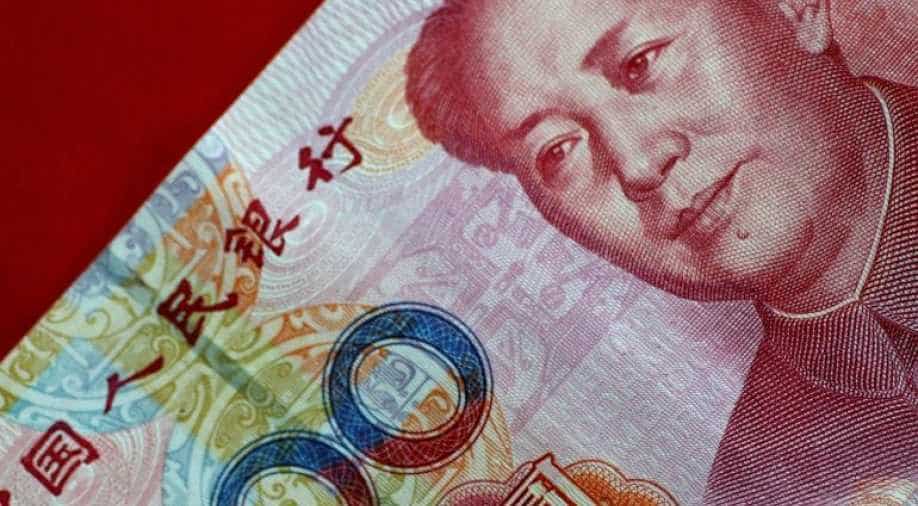 The currency has slumped 2.3% over the past three days and broken past the symbolic 7-per-dollar level, pounding stocks and pushing bonds higher as investors feared the yuan's value has become a new front in the US-China trade war.

China's tumbling yuan steadied on Tuesday as authorities took steps to contain its slide while stocks plunged after Washington labelled Beijing a currency manipulator, marking a sharp escalation in US trade tensions.

The currency has slumped 2.3% over the past three days and broken past the symbolic 7-per-dollar level, pounding stocks and pushing bonds higher as investors feared the yuan's value has become a new front in the US-China trade war.

On Monday, US Treasury Secretary Steven Mnuchin said Washington would designate China a currency manipulator, its first such move since 1994, sending both the onshore and offshore yuan to record lows.

The People's Bank of China's firmer-than-expected yuan fixing on Tuesday helped pull the currency away from these lows as did an announced bond sale in the offshore market, seen as signs authorities wanted to stem the rout.

"Rather than being pressured to signal that 7 is just a psychological level, they are ... saying this is something that we control rather than markets or whatever other pressures."

The yuan dropped to the record low in offshore trade early in Asia, after Mnuchin's announcement, before bouncing to steady around 7.0642 per dollar.

The PBOC fixed the yuan midpoint, which sets the point around which the currency is allowed to trade, at 6.9683 per dollar, firmer than market expectations.

The PBOC's announcement of a sale of 30 billion yuan worth of yuan-denominated bills in Hong Kong also suggested the central bank was soaking up cash to prevent speculative short-selling.

However, the currency's stabilisation on Tuesday was not enough assuage markets, but did halt their slide by midsession.

The Shanghai Composite Index fell over 2% to 2,733.92, touching its lowest level since February, while Hong Kong's Hang Seng Index hit it's lowest since January before paring some of the losses.

"The PBOC is sending signals that it would like to mitigate RMB depreciation – by fixing dollar/yuan somewhat low, and by announcing to issue offshore bills," said Frances Cheung, a strategist at Westpac.

Chinese policy sources had told Reuters that the currency was allowed to slide so markets could factor in concerns over the tussle between the world's two largest economies, especially after President Donald Trump announced new tariffs last week.

"We think the most important takeaway is the risk of US-China trade war escalating further has increased," UBS Economist Tao Wang said in a note to clients.

"As the trade war escalates further and depreciation pressure on the renminbi intensifies, we expect the dollar/yuan to trade beyond 7 more often in the rest of the year."