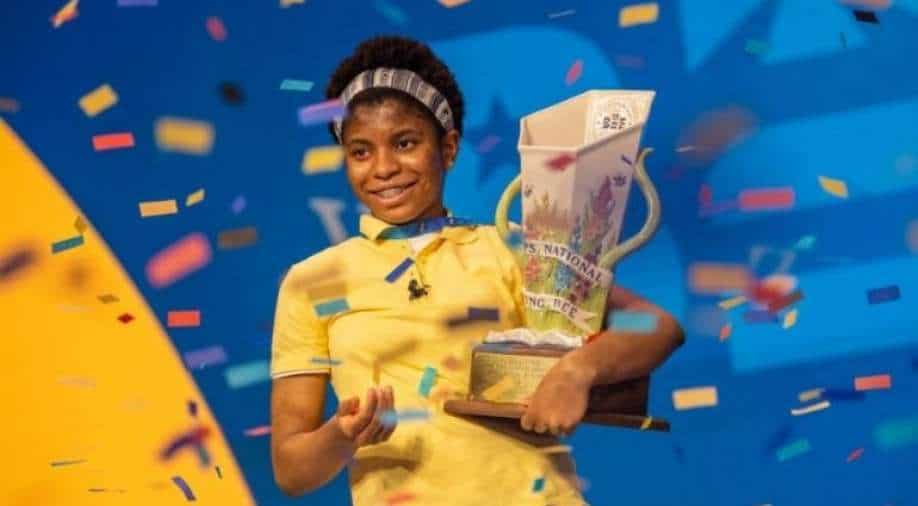 Zaila Avant-garde is unaffected by stress, whether dribbling a basketball or identifying obscure Latin or Greek origins.

She is now the first African American to win the Scripps National Spelling Bee in its 96-year existence.

She won the Scripps National Spelling Bee by correctly spelling Murraya, a genus of plants.

On Thursday night, the 14-year-old from Harvey, Louisiana, stormed to the title.

The only previous Black winner was also the only champ from outside the United States: Jody-Anne Maxwell of Jamaica in 1998.

Zaila admitted that she was well aware that others were looking at her and wishing to follow in her footsteps.

“I’m hoping that within the next few years, I can see a little bit of an influx of African Americans, and not many Hispanic people, either, so I’m hoping to see them there, too,” she said.

Zaila classified spelling as a "side pastime," even though she studied for seven hours every day.

She is a basketball prodigy who aspires to play in the WNBA one day and owns three Guinness World Records for simultaneously dribbling several balls.

Only one word, “nepeta,” an Old World mint genus, gave her any trouble, and she jumped even higher when she got it right than when she accepted the award.