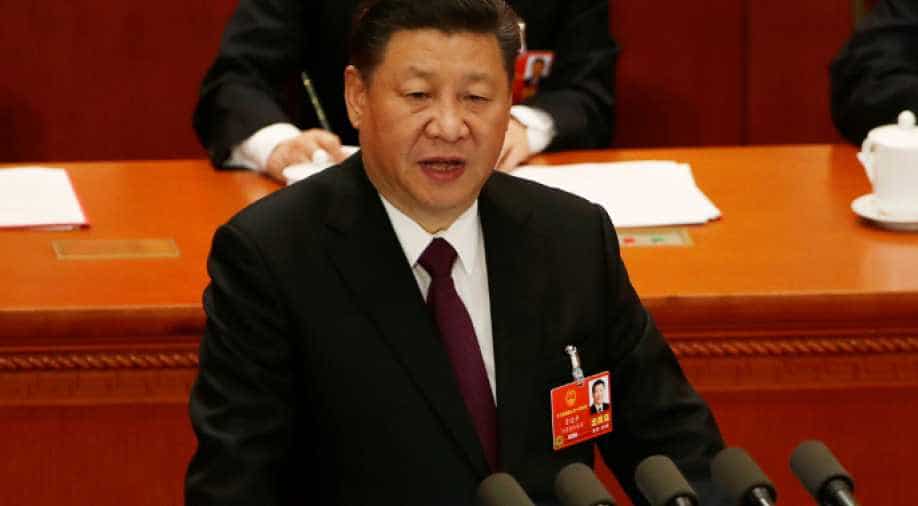 'We will foster a world-class business environment,' Xi said in an address opening an import fair in Shanghai.

President Xi Jinping on Monday pledged to widen access to China's economy, while delivering a veiled rebuke to Trumpism, as he kicked off an import fair amid growing foreign accusations his government was backtracking on grand reform promises.

"It is our sincere commitment to open the Chinese market," Xi said in an address opening the event in Shanghai.

He added that China would endeavour to "foster a world-class business environment" and that China's doors will open "ever wider".

But he also pushed back at foreign pressure in comments clearly aimed at Donald Trump, who has started a trade war between the world's two largest economies.

"They should not just point fingers at others to gloss over their own problems," Xi said, decrying "protectionism", "isolationism" and confrontation.

"They should not hold a flashlight in hand, doing nothing but highlighting the weaknesses of others and not their own."

Beijing frames the first annual China International Import Expo as a sign of its commitment to open markets despite mounting criticism to the contrary and the worsening trade war with Washington, which has seen both sides impose punitive tariffs on hundreds of billions of dollars worth of goods.

Organisers say more than 3,000 foreign companies from 130 countries including the United States and Europe will put their products on display for potential Chinese buyers at the expo, including General Motors, Ford, Microsoft, Samsung, Walmart and Tesla.

Xi's latest commitment to abide by world trade practices was light on specifics, however, and it remained to be seen whether it will satisfy an increasingly impatient foreign business community.

In a speech at Davos nearly two years ago, Xi presented China as a beacon of globalisation in a counterpoint to Trump.

But trading partners and foreign enterprises say he is yet to put his money where his mouth is, and they are tired of empty promises.

Foreign business surveys indicate that the playing field in China is actually worsening as Xi champions a strong-China message not unlike Trump's "America First" platform.

The EU Chamber of Commerce last week urged Xi to "move past the rhetoric" on trade and put in place real and significant opening measures.

The event is being attended by several foreign heads of government including Russian Prime Minister Dmitry Medvedev and Pakistani premier Imran Khan.

Kenyan President Uhuru Kenyatta voiced the foreign impatience when he told the opening ceremony that his country's growing trade with China was "heavily skewed" in Beijing's favour.

"It is important for us therefore to correct the existing trade imbalance to enable a fair share of the benefits of trade," he said.

China ranks 59th out of the 62 countries evaluated by the Organization for Economic Cooperation and Development in terms of openness to foreign direct investment.

Xi has said the expo proves China is willing to reduce its huge trade surpluses with other countries.

But US officials say that amounts to China trying to buy its way out of criticism with a short-term import bump rather than real reform.

Washington has snubbed the gathering by not sending high-level representation.

But the lure of China's market remains strong and the US contingent includes even tech giants such as Facebook, which is blocked in China, and Google, which pulled out years ago over censorship and cyber-attacks.

Both are seen as eyeing new ways into China.

Experts say the week-long expo is also a message by Beijing that, as it pivots from an export-based economy toward one relying more on the buying power of its 1.4 billion people, other countries will need to work with China if they want a piece of that action.

Microsoft founder Bill Gates will join a business forum, but the touchy optics of attending a China import expo at a time of trade tensions means few big-name American CEOs are confirmed.