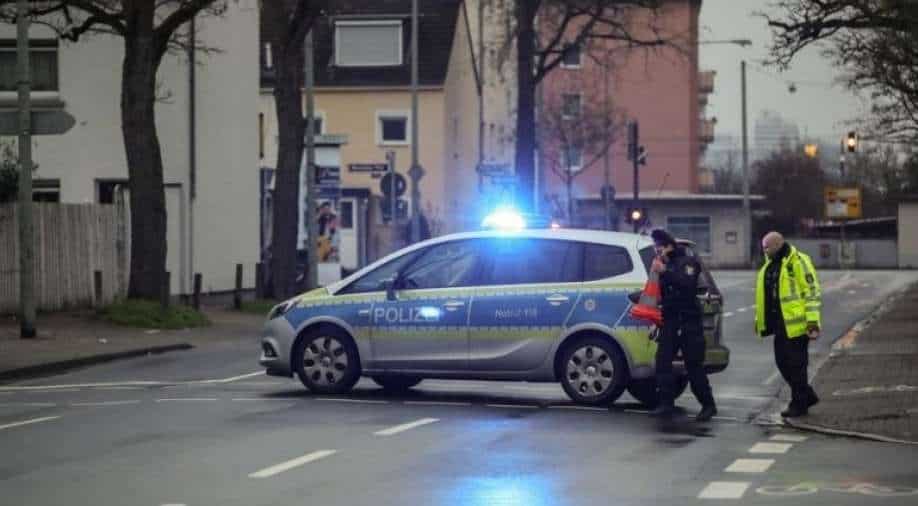 Police closes a street as people leave their home area in the Gallus district in Frankfurt am Main, western Germany, during an evacuation on early morning of December 6, 2020. A 500 kilogram WWII bomb was found and is to be defused today on December 6, 2020. Some 12.800 residents would be affected by the evacuation in a radius of 700 meters. Photograph:(AFP)
Follow Us

Firefighters said that they had covered the bomb with 40 truckloads of sand before detonating it, in order to minimise damage to the surrounding buildings

A massive World War II bomb found in Germany's financial capital Frankfurt was safely detonated in the early hours of Thursday, the city's fire service said, allowing tens of thousands of evacuated residents to return to their homes.

The 500-kilogram unexploded bomb was unearthed during construction work on Wednesday in the densely populated Nordend area of the city, a location firefighters said made it a "particular challenge" to remove.

The Frankfurter Allgemeine newspaper reported the ordnance had been discovered right next to a children's playground at a depth of about two metres (6.5 feet).

Its report said the controlled blast, which happened just after midnight, "sounded like thunder rumbling" and left a hole three metres deep and ten metres wide.

Firefighters said that they had covered the bomb with 40 truckloads of sand before detonating it, in order to minimise damage to the surrounding buildings.

Also read | Over 2,600 households evacuated after an unexploded WWII bomb was found in Exeter

Around 25,000 people had been asked to evacuate the area, including the occupants of a nearby community hospital's neonatal ward.

Among residents who took shelter at a skating rink was 29-year-old Tobias, carrying his pet cat in a cage.

He said he had heard the news over a police loudspeaker and been ordered to leave his home immediately, causing a "bit of stress".

Seven bombs were defused in 2020 on land near Berlin where Tesla plans to build its first factory in Europe for electric cars.

Other bombs were also discovered last year in Frankfurt, Cologne, and Dortmund.