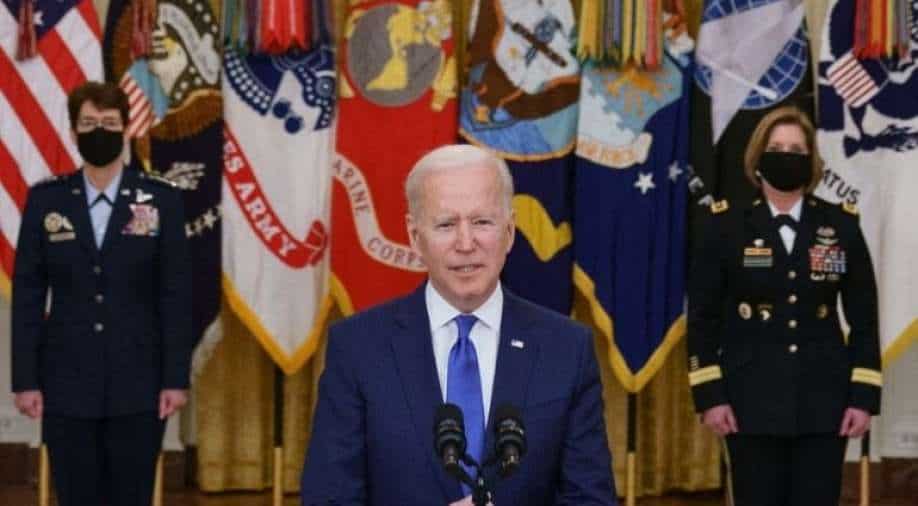 US President Biden announced the nomination of two women to lead US military commands, who will be only the second and third women to hold such senior military positions in the United States.

The White House marked International Women's Day with an executive order to create a gender policy council. It comes at a time when women are disproportionately suffering from the pandemic's economic fallout.

President Joe Biden signed an executive order establishing a White House Gender Policy Council to advance gender equity and address the challenges for women who have borne the brunt of the pandemic downturn.

US President Biden announced the nomination of two women to lead US military commands, who will be only the second and third women to hold such senior military positions in the United States.

US Air Force General Jacqueline Van Ovost, the only woman to have reached the rank of four-star general, the military's highest, was nominated to head Transportation Command (USTRANSCOM).

If the Senate confirms their nominations, then Van Ovost and Richardson will follow Lori Robinson, who was the first woman to helm a military command. She led Northern Command (NORTHCOM) before retiring in 2018.

On International Women's Day, top US officials acknowledged the disproportionate economic hardship during the COVID-19 pandemic, where women have accounted for more than half of all workers who have been pushed out of the labour market.

"The pandemic has exacerbated barriers that have historically impacted women and girls," said Julissa Reynosa, co-chair of the Gender Policy Council.

“Today, the global crises we now face have made abundantly clear both the contributions of women and the challenges facing women,” Vice President Kamala Harris said in remarks to the European Parliament. “If we build a world that works for women, our nations will all be safer, stronger and more prosperous.”

The council’s mandate is to work across the federal governments’ domestic and foreign policy to fight discrimination and bias, boost economic security, increase access to health care, and advance general equality through diplomacy, trade and defence.