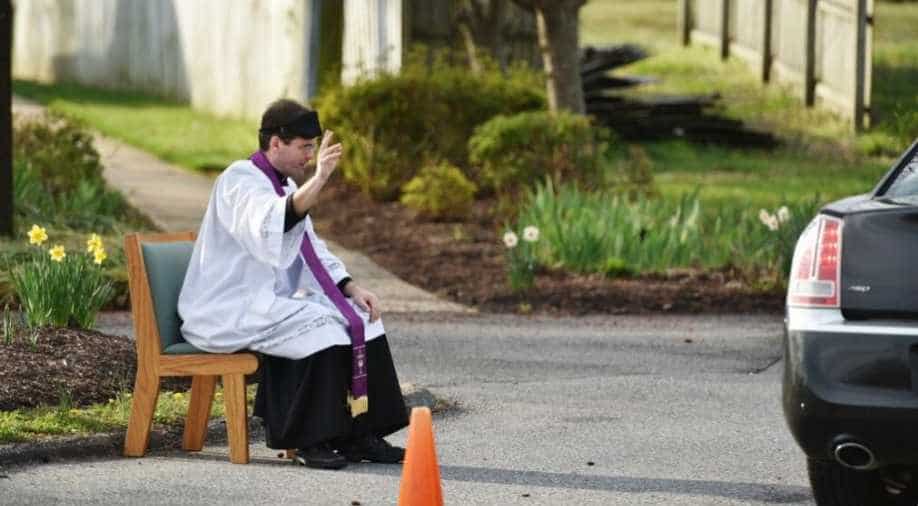 The drivers lower their windows and confess their sins to priests who, after a few words of encouragement to return to the path of the Lord, grants absolution.

The United States has long loved its drive-ins and drive-throughs: for movies, fast food, pharmacies and banking. Now the coronavirus pandemic has added a new one: Catholic confessions.

With his church closed due to the outbreak, Scott Holmer turned to the tried-and-tested method in this nation of car-lovers.

Every day except Sunday, and if the weather permits, he sits on a wooden chair in his priestly robes in the parking lot outside his Maryland chapel and does a contact-free confession and blessing.

Two lines of traffic cones and a sign guide cars outside St Edwards Church in Bowie, a small town around 20 miles outside of Washington. 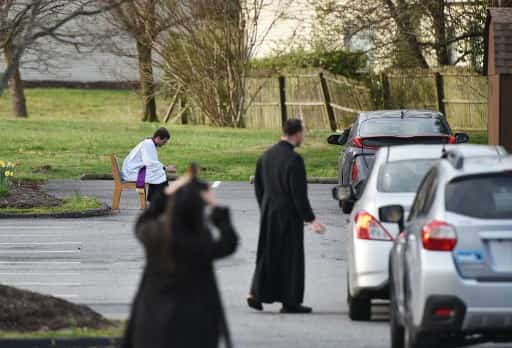 The drivers lower their windows and confess their sins to Father Holmer who, after a few words of encouragement to return to the path of the Lord, grants absolution.

Despite the drive-through's all-American pedigree, Father Holmer came up with the idea last week after seeing South Korea organize drive-through tests for the coronavirus.

"The diocese cancelled all masses to tamp down the spread of the infection. But the decision about confession was kind of up in the air," he told AFP. 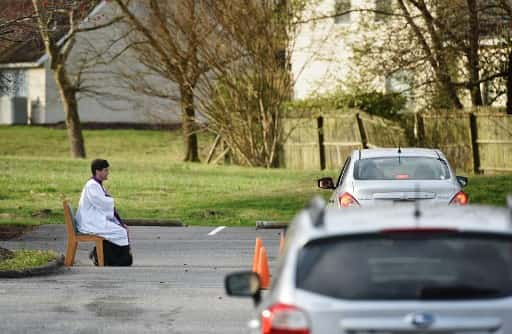 "So I said, I'll just get in the parking lot, and that way I can avoid getting it myself and people can avoid any transmission. It's more open-air, so there's like airflow and all that good stuff."

Also read: 'Hoax', 'everything under control' and 'pandemic': A timeline of how Donald Trump denied coronavirus outbreak

Holmer takes care to keep a safe distance from his flock and asks parishioners to stay in their vehicles.

With couples or families, each person takes their turn sitting in the driver's seat. For those wishing an anonymous confession, the priest covers his eyes with a bandana.

On the third Friday before Lent, a day of fasting and repentance, the line of cars quickly grows long and a seminary student is pressed into service as a traffic marshal.

"It's a weird thing to think about the spiritual and the physical at the same time," admits the priest, who sometimes asks drivers to cut their engines to maintain the secrecy of the confession.

"You don't want people to overhear each other so we've got to keep cars at a certain distance," he said.

He said people had been very grateful to be able to receive the sacrament.

"People are so happy to see that we are still able to be on their side even if we are not able to celebrate mass," the priest said.

"There's more gratitude than there is fear. When they drive up to the priest at their window they're feeling God is with us now."

Father Holmer says he does not believe he has been infected with the virus that is causing mass lockdowns and social distancing around the world.

Aged 40, he is not in the highest risk group in any case.

"If I get it, I'll just quarantine myself, I've been to confession myself last week, so I'm good to go," he said with a smile.

Awaiting his turn at the wheel of his car, Steven Irving praised the priest's "great idea."

"We have a young and energetic and innovative priest," said Irving, a man in his sixties who had come with his wife.

"I had an opportunity today to fulfil my religious obligations" during Lent.

The priest plans to carry on with his drive-through confessions until the church reopens.

But he misses the direct connection with his flock. "Not being able to be physically present is just brutal," he said.