Why this six-year-old real-life hero is winning hearts? 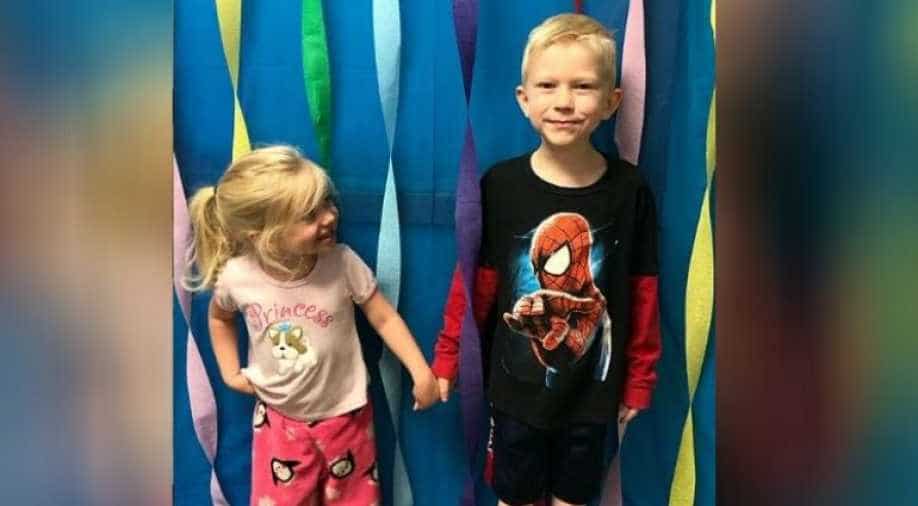 A tall, well-built man, lifting cars, running faster than light, are the attributes we associate with a superhero.

This may look heroic in silver screen, but reality is very different.

Heroes come in different shapes and sizes and there is one such hero that is being celebrated worldwide for saving his sister from a dog attack.

Bridger Walker, a six-year-old from Wyoming in the US, stood between his sister and a charging dog.

The dog bit Bridger on his face and head, but he didn't give up.

He grabbed his sister and ran away from the spot.

The incident gave Bridger 90 stitches. His aunt shared his story on social media.

The six-year-old told his family that if one amongst the siblings was supposed to be dead, he thought it should be him.

Bridger's bravery is making headlines across the world. The Instagram post has garnered over a million likes, with fans including Captain Marvel and Captain America.

Jeremy Renner, who pays Hawkeye in the Avengers too had a message for Bridger.

He said the six-year-old is the ''first avenger".

Anne Hathaway, who plays supervillain-catwoman, posted about Bridger on her Instagram.

I’m not an Avenger, but I know a superhero when I see one. I can only hope I’m half as brave in my life as you are in yours, Bridger. Wishing you an easeful recovery, and many cool looking rocks. ⁣ ⁣ Hey @markruffalo, do you need a teammate?? ⁣ ⁣⁣ Via @blackculturenews_ & @nicolenoelwalker

"I hope I am hald as brave in my life as you are in yours," she said.