What is the MOAB? 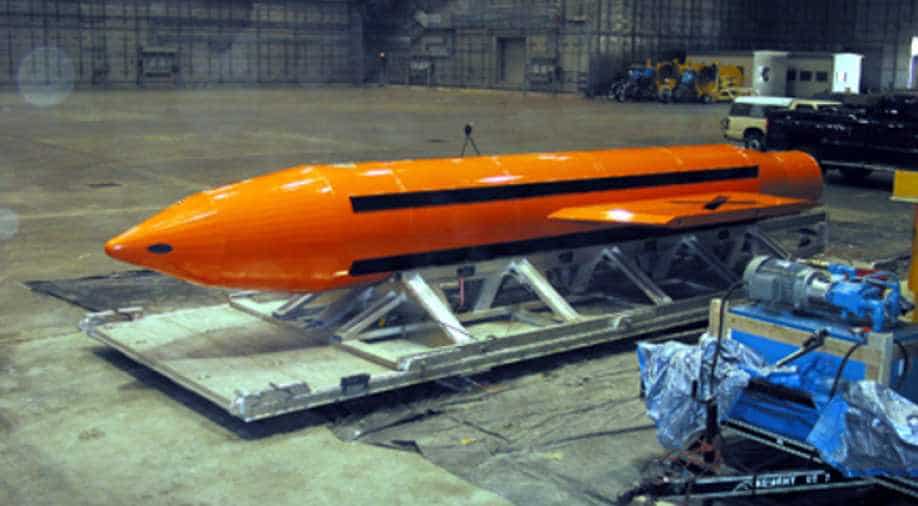 US Air Force jets today dropped a non-nuclear bomb in Afganistan. Photograph:( Others )

The MOAB is nicknamed "mother of all bombs". It has a blast radius of nearly 50 km.

A MOAB is a 21,600-pound, GPS-guided munition that is America's most powerful non-nuclear bomb.

The bomb was developed for the US military by Albert Weimorts of the Air Force Research Laboratory.

It was first tested in March 2003, just days before the start of the Iraq war.

However, a 2007 Russian weapon, nicknamed the Father of All Bombs, is regarded to be more powerful.

The bomb weighs more than 10,000 kilograms and contains 8,164 kilograms of explosive.The US has never used this bomb in its military operation.