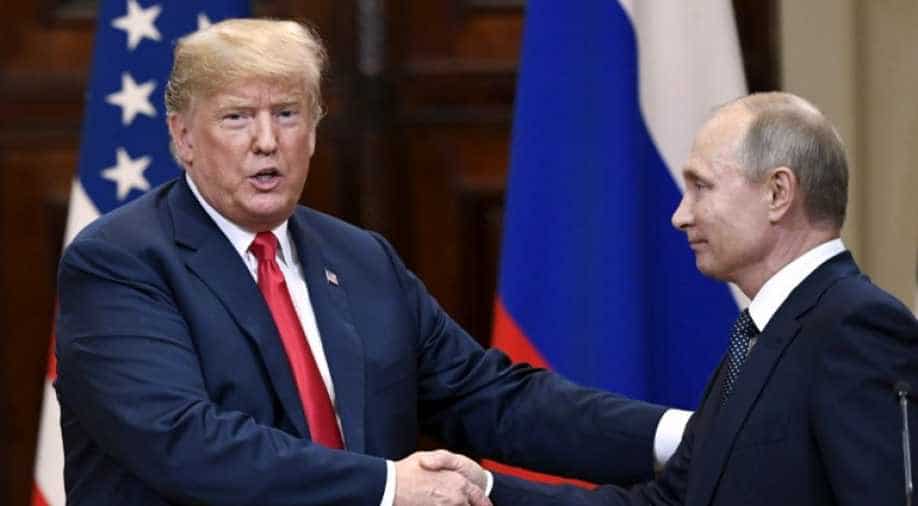 The United States' statement on its intention to withdrawal from the Intermediate-Range Nuclear Forces(INF) Treaty received criticism from Russian officials on Sunday.

Russian Deputy foreign minister Sergei Ryabkov said that the US withdrawal from the INF Treaty would be a very dangerous step, and condemned by the international community.

He said that the US has unilaterally pulled out of a series of international agreements and mechanisms, including the comprehensive agreement on the Iranian nuclear issue. The country's international policies have aroused growing international opposition, he added.

In the case of US withdrawal this time, Russia will take measures, including military measures to respond, according to Ryabkov.

Head of the Russian Federation Council's International Affairs Committee Konstantin Kosachev said that the INF Treaty stipulates a unilateral pullout is only possible under "exceptional circumstances" with their substantiation within six months.

Kosachev warned that Washington's possible withdrawal from the treaty might cause its Western allies to take the same path, which could trigger a war.

Leonid Slutsky, chairman of the State Duma Committee on International Affairs, said the statement from the US again shows its intention to start an arms race. If the US persists in the withdrawal from the treaty, it will totally destroy the arms control and nuclear non-proliferation mechanism.

Yuri Shvytkin, deputy head of State Duma's Defense Committee, said the US words and deeds are based on double standards; Russia has been fulfilling its due responsibilities under the INF treaty. It is the United States that is doing everything possible to violently undermine this treaty and to blame Russia.

Russian daily newspaper Kommersant also pointed out on Sunday that if the US leaves the INF treaty, the rest of the world may see a new wave of missile research and development, and the US may also deploy intermediate-range missiles in Europe and the Asia-Pacific region, which means an intensified arms race and geopolitical game between major powers, as well as an undermined stability of the global security structure.

US President Donald Trump said Saturday that Washington will withdraw from the INF Treaty because Russia is violating the terms of the agreement.

The INF Treaty was signed in 1987 by then Soviet leader Mikhail S. Gorbachev and former US President Ronald Reagan to ban the development, deployment and testing of ground-launched ballistic or cruise missiles with ranges between 483 and 5,472 km.

The United States has first accused Russia of violating the conditions of the INF Treaty in July 2014. Moscow denied the allegations, calling them part of an anti-Russian campaign launched by Washington over the Ukrainian crisis. Since then, Moscow and Washington have repeatedly accused each other of violating the treaty.