US to test anti-ICBM system as North Korea threat looms 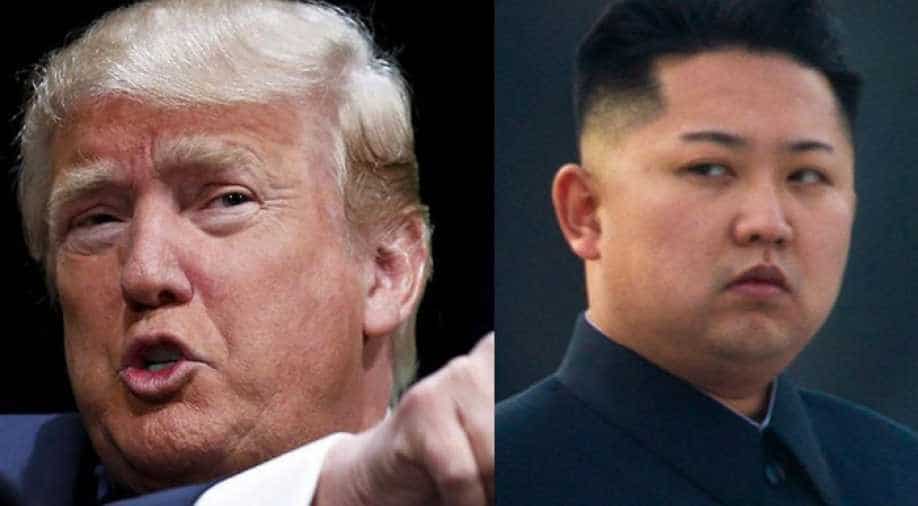 US and North Korea have been at loggerheads, especially after Donald Trump (left) took office as the US president earlier this year. He has called North's leader Kim Jong-Un a 'madman' for thumbing nose at continuing with nuclear programme. Photograph:( Zee News Network )

The US military will try to intercept an intercontinental ballistic missile in a landmark test of a defense system that comes amid broad tensions over North Korea's weapons program, the Pentagon said Friday.

Scheduled for Tuesday, the test is the first time the military will attempt to intercept an ICBM. Previous trials have been against intermediate-range missiles, which are slower.

Experts will launch a ground-based interceptor from Vandenberg Air Force Base, California at a mock-up of an ICBM fired from the Reagan Test Site on Kwajalein Atoll in the Marshall Islands, the Missile Defense Agency said in a statement.

The exercise will check the performance of the Ground-based Midcourse Defense (GMD) system, which has had a checkered record in previous tests.

Though it succeeded in the last test in 2014, it failed during the three prior attempts.

If the test is successful, it will prove that America has an effective ground-based defense against ICBMs, albeit on a limited scale.

The system will comprise 44 interceptors by the end of the year, so it could thwart an attack from a rogue state or a volley of rockets.

North Korea this year has conducted a series of missile tests as it strives to build an intercontinental ballistic missile capable of hitting the United States.