US targeted al-Qaeda in air strikes over Libya: UN-backed govt 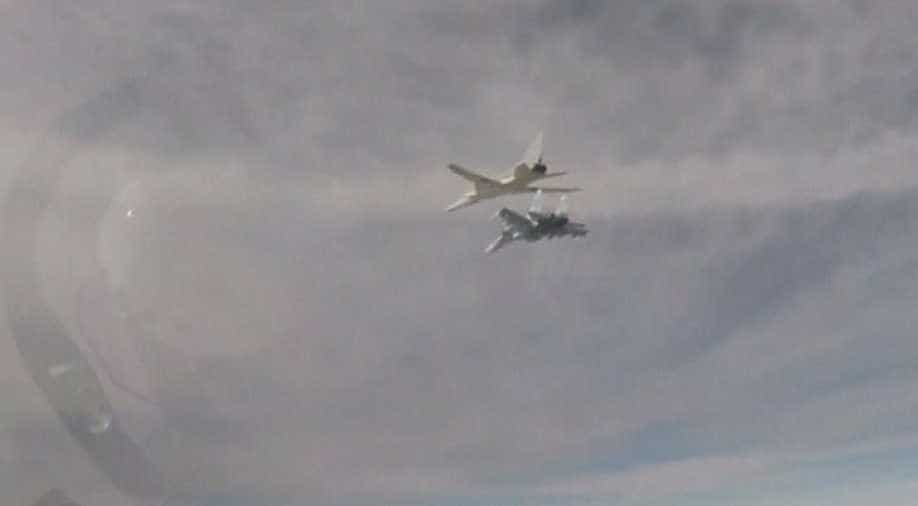 The bombers that flew from an airfield in Russia hit "terrorist strongholds" in the valley of the Euphrates river. Photograph:( Reuters )

It targeted "a number of members of terrorist organisation Al-Qaeda", Mohamad al-Sallak said in a statement

The US carried out an air strike against Islamist group Al-Qaeda in southern Libya on Wednesday night, Tripoli's UN-backed government of national accord said.

The strike near the town of Ubari, some 900 kilometres (550 miles) south of the capital, was coordinated with the GNA, said President Fayez al-Sarraj's spokesman.

It targeted "a number of members of terrorist organisation Al-Qaeda", Mohamad al-Sallak said in a statement, giving no further details.

Libya has been wracked by violence and torn between rival administrations since the NATO-backed overthrow and killing of dictator Moamer Kadhafi in 2011.

The GNA was formed following a UN-backed deal in December 2015, but it has struggled to impose its power across the country.

The US military regularly carries out air strikes in Libya against Al-Qaeda and the Islamic State group.

Last year in August it said it had killed an IS member described by a source as a former local leader of the jihadists.

In June the US said it had killed four members of an IS affiliate near the northern town of Bani Walid, while in March the Pentagon confirmed a senior Al-Qaeda operative and another jihadist died in a US air strike.