US imposes fresh sanctions against Iran 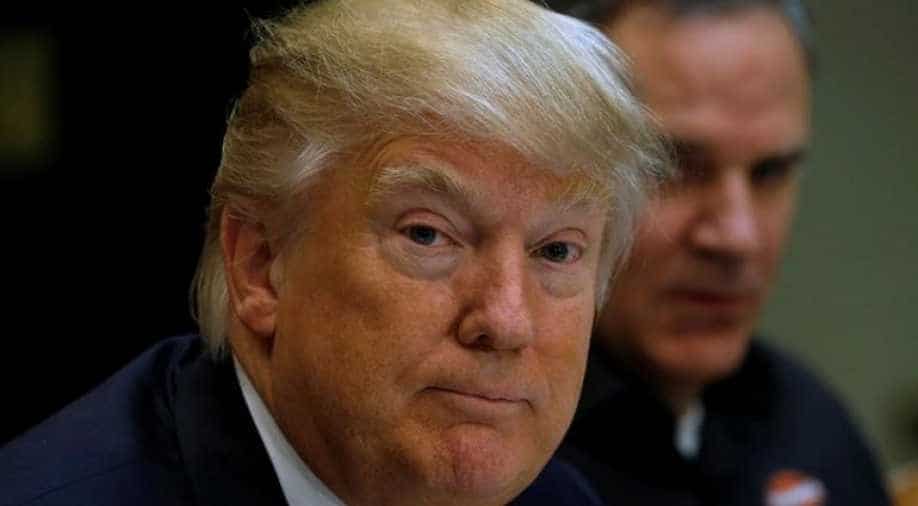 Among those sanctioned were companies, individuals, and brokers the US Treasury said support a trade network run by an Iranian businessman, Abdollah Asgharzadeh. Photograph:( Reuters )

The US Treasury has sanctioned 13 individuals and 12 entities under its Iran sanctions authority, days after the White House put Tehran "on notice" over a ballistic missile test and other activities.

Senior US administration officials said sanctions imposed against Iran earlier on Friday were only the "initial steps in response to Iranian provocative behaviour."

In a statement on its website, the US Treasury listed the sanctioned individuals and entities, some of which are based in the United Arab Emirates, Lebanon and China.

The move is the first against Iran since US President Donald Trump took office on January 20. The sanctions were similar to actions taken by the Obama administration targeting Iran's ballistic missile network. The new designations stuck to areas that remain under sanctions even with the 2015 nuclear deal in place, such as the Islamic Revolutionary Guards Corps (IRGC) and Iran's ballistic missile program.

"Today's action is part of Treasury's ongoing efforts to counter Iranian malign activity abroad that is outside the scope of the JCPOA," Treasury said, a reference to the nuclear deal between Iran and world powers.

Among those sanctioned on Friday were companies, individuals, and brokers the US Treasury said support a trade network run by an Iranian businessman, Abdollah Asgharzadeh.

Treasury said he supported Shahid Hemmat Industrial Group, which the United States has said is a subsidiary of an Iranian entity that runs Iran's ballistic missile program.

Treasury also sanctioned what it said was a Lebanon-based network run by the Islamic Revolutionary Guard Corps, the elite military body that is also powerful in Iranian politics and the economy.

Iran is playing with fire - they don't appreciate how "kind" President Obama was to them. Not me!

Iran has not confirmed or denied that the ballistic missile testing took place. The spokesman for Iran's foreign ministry, Bahram Ghasemi, said, “regardless of authenticity and nature of these reports, it is a principal policy for Iran to test ballistic missiles in full compliance with the country’s basic rights and international commitments”.

Responding to a question by a journalist earlier on Thursday on whether military action is off the table, Trump had replied: "Nothing is off the table." Earlier, the president had tweeted that Iran has been "formally put on notice" after it test-fired a ballistic missile.

The US National Security Advisor Michael Flynn, on Wednesday, had excoriated Iran for its "destabilising behaviour" in the West Asian region. Newly appointed US ambassador to the United Nations Nikki Haley, on Tuesday, had termed Iran's missile test as "absolutely unacceptable".

Tension between the US and Iran is on the rise after Trump's election as the US president during his election campaign had constantly threatened that he would tear up the 2015 international nuclear agreement with Iran.

Iran is among the seven countries that have been put on the travel ban list.