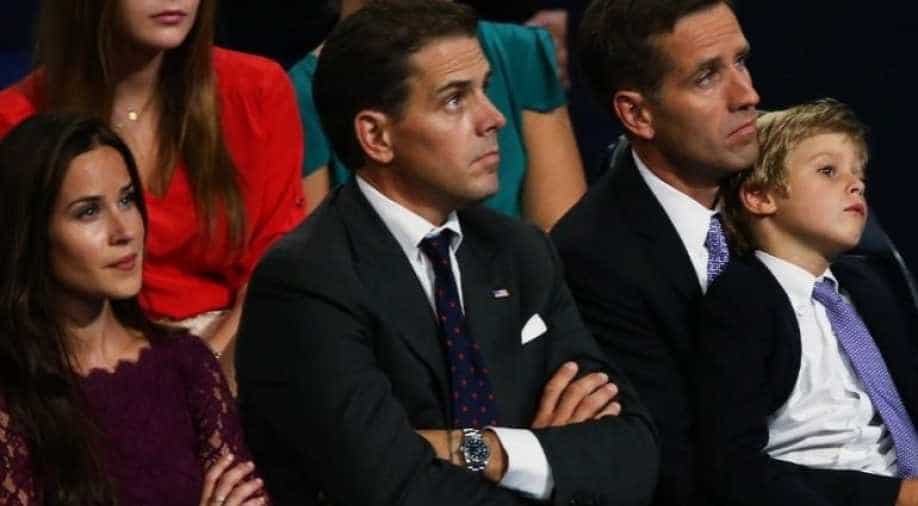 US President-elect Joe Biden's son Hunter Biden said on Thursday that the US Attorney's office in Delaware was investigating his tax affairs. Hunter Biden who is often seen as the 'bad boy' of Biden family has had problems with drugs and alcohol in the past and his life has been in public eye. Hunter Biden is often targetted by US President Donald Trump and Republican Party in order to put Joe Biden in a tight spot.

"I take this matter very seriously but I am confident that a professional and objective review of these matters will demonstrate that I handled my affairs legally and appropriately, including with the benefit of professional tax advisors," Hunter Biden said in a statement.

Hunter said he learned of the investigation on Tuesday when prosecutors informed his lawyers about the probe.

The transition team for President-elect Joe Biden on Wednesday released a statement saying Biden "is deeply proud of his son, who has fought through difficult challenges, including the vicious personal attacks of recent months, only to emerge stronger."

As per a report by CNN, investigators are looking at various issues including whether Hunter Biden violated tax and money laundering laws while making deals in foreign countries, principally China.

During US Presidential Election 2020 campaign, Donald Trump had called on China to investigate Hunter Biden's involvement in a fund that sought to raise Chinese capital. Trump had accused Hunter Biden of using his position of influence to secure China`s financial backing for his investments.