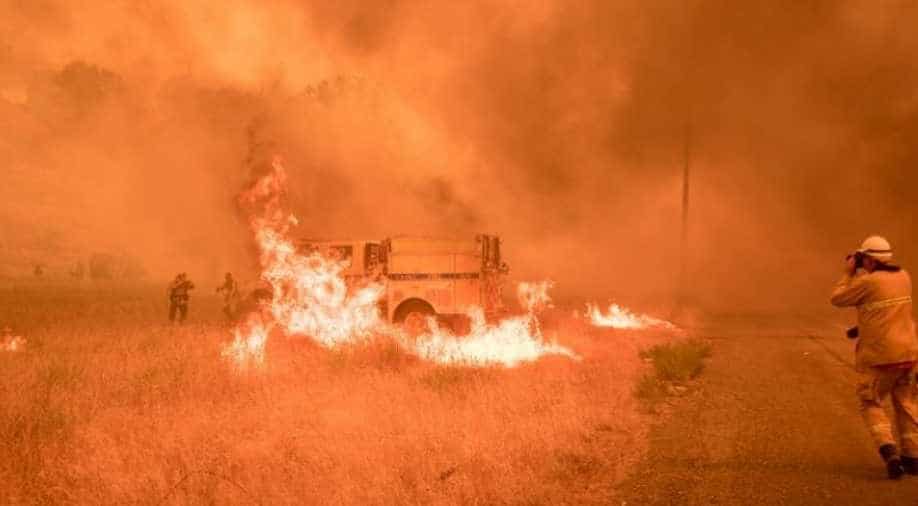 The latest blaze, the County Fire sparked in Yolo County on Saturday, had by Sunday afternoon spread across 22,000 acres

Californian authorities have issued red flag weather warnings and mandatory evacuation orders after a series of wildfires fanned by high winds and hot temperatures ripped through thousands of acres.

The latest blaze, the County Fire sparked in Yolo County on Saturday, had by Sunday afternoon spread across 22,000 acres (9,000 hectares) with zero per cent containment, according to Cal Fire.

More than 100 fire trucks and a dozen helicopters are involved in putting out the inferno. The fire crossed over into Napa County on Sunday afternoon.

Other active blazes include the Pawnee Fire in Lake County, which had burned 14,150 acres but was 73 per cent contained as of early Sunday. The Waverly Fire in San Joaquin County had spread some 12,300 acres and was 75 percent contained.

The Thomas fire, in the Santa Barbara area in December, killed two people, destroyed more than 1,000 buildings -- including multimillion-dollar homes -- and torched some 259,000 acres. It was deemed the third most destructive blaze since 1932.

October fires in the wine regions of Napa and Sonoma valleys, north of San Francisco, killed some 40 people, razed some 245,000 acres of forest and scrub, and destroyed more than 7,000 homes and buildings.