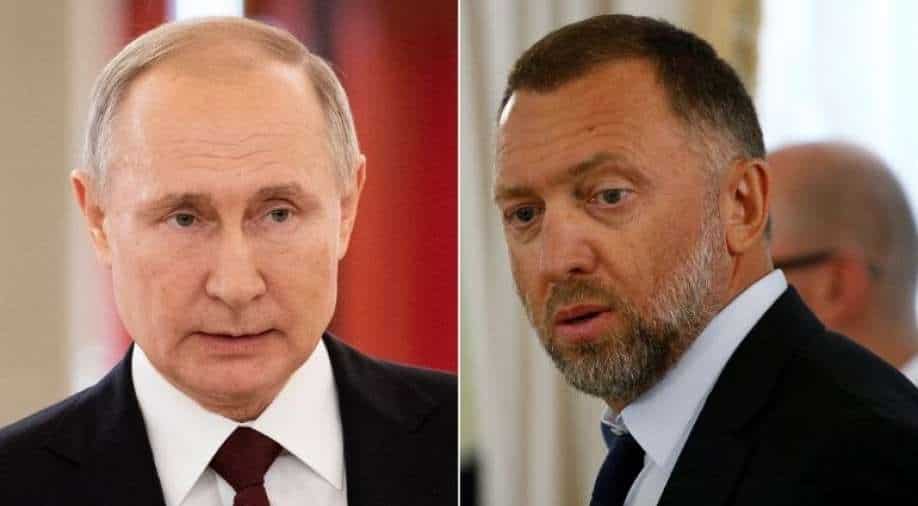 In this combination of file photos, Russian President Vladimir Putin can be seen with Oleg Deripaska. Photograph:( AFP )

Russian billionaire Oleg Deripaska said on Sunday that US President Joe Biden's speech in Warsaw indicated that some sort of "hellish ideological mobilisation" was underway that may usher in a much longer conflict in Ukraine.

Deripaska said he had thought the conflict in Ukraine was "mad" and that it could be stopped three weeks ago through talks.

"But now some sort of hellish ideological mobilisation is underway from all sides," Deripaska said. "That's it: these people are preparing to fight for a few years more."

It comes after US President Joe Biden branded Putin a "butcher" who "cannot remain in power".

The Kremlin had reacted in fury over Biden's comments which it said narrows the window for bilateral relations, with Russia's invasion of Ukraine now into a second month.

Ukrainian President Volodymyr Zelensky has accused the West of cowardice as his country fights to stave off Russia’s invading troops, making an exasperated plea for fighter jets and tanks to sustain a defense as the war ground into a battle of attrition.

He lashed out Sunday at the West’s “ping-pong about who and how should hand over jets” and other weapons while Russian missile attacks kill and trap civilians.

“I’ve talked to the defenders of Mariupol today. I’m in constant contact with them. Their determination, heroism and firmness are astonishing,” Zelensky said in a video address, referring to the besieged southern city that has suffered some of the war’s greatest deprivations and horrors.

“If only those who have been thinking for 31 days on how to hand over dozens of jets and tanks had 1 per cent of their courage.”

On the frontlines, Russia's far-bigger military continued to combat determined Ukrainian defenders who are using Western-supplied weapons, from near the capital Kyiv to Kharkiv, the eastern Donbas region and the devastated southern port city of Mariupol.

Moscow claims its focus is on wresting from Ukraine the entire eastern Donbas region, which has been partially controlled by Russia-backed separatists since 2014.