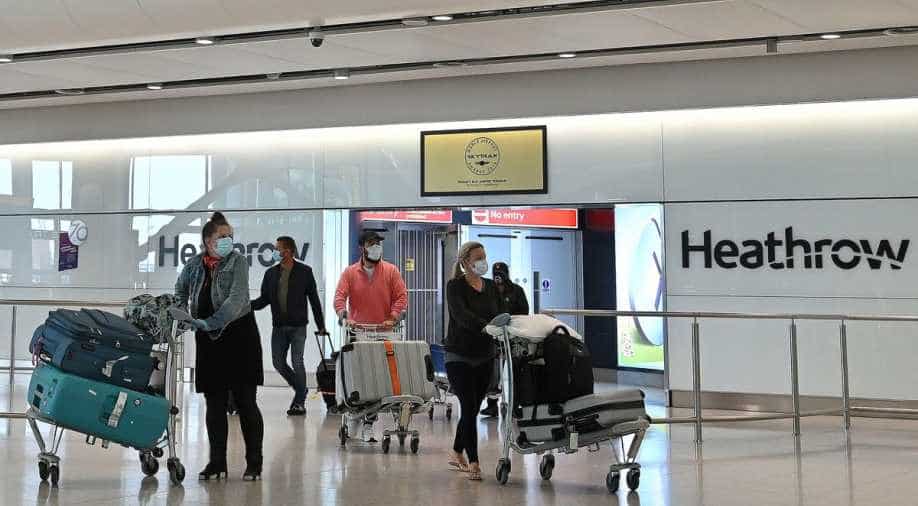 The UK government declared the change, which will likely spark a mass exodus among the estimated half a million British holidaymakers currently in France, after a rise in coronavirus cases there.

Britain on Thursday said it will reimpose quarantine for travellers from France and the Netherlands, prompting Paris to quickly announce a "reciprocal measure".

The UK government declared the change, which will likely spark a mass exodus among the estimated half a million British holidaymakers currently in France, after a rise in coronavirus cases there.

"If you arrive in the UK after 0400 Saturday from these destinations, you will need to self-isolate for 14 days."

French junior minister for European affairs Clement Beaune said that it was "a British decision we regret and which will lead to a reciprocal measure".

France "hoped for a return to normal as soon as possible," Beaune said on Twitter.

On Thursday France recorded 2,669 new coronavirus infections, its highest daily number since May.

Britain had initially imposed a blanket quarantine on all visitors arriving in the country, but later carved out "travel corridors", which exempted travellers arriving from certain countries from having to self-isolate.

But it reintroduced the quarantine for travellers arriving from Spain in late July, catching airlines by surprise -- as well as thousands of Britons leaving for their holidays.

Britain reimposed quarantine for travellers from Andorra, Belgium and the Bahamas last week.

With more than 41,000 deaths caused by the Covid-19 disease, Britain is the worst-hit country in Europe and Prime Minister Boris Johnson has been criticised over his handling of the crisis.

His government also announced on Thursday that casinos and bowling alleys will be allowed to reopen in England after being shut during the lockdown, but that those not wearing masks face harsher fines.

Skating rinks will also be allowed to reopen, and pilot schemes of larger crowds at sporting events will be introduced following a two-week delay to the initial plans caused by a spike in cases.

"A number of remaining aspects of England's culture, sport, leisure and business sectors will be permitted to reopen from this weekend," said the statement from Johnson's Downing Street office.

"Two weeks ago the Office for National Statistics had expressed concerns about a slight increase in the number of people in England testing positive. The situation now appears to have levelled off," it added.

Indoor theatres, music and performance venues will be able to reopen with socially distanced audiences.

The piloting of crowd-attended sporting events will commence with the final of the World Snooker Championship at Sheffield's Crucible Theatre on August 15 and 16.

"We are able to announce some further changes which will allow more people to return to work and the public to get back to more of the things they have missed," Johnson said.

"However, as I have always said, we will not hesitate to put on the brakes if required," he warned.

Despite the easing of lockdown measures, the government also announced that the fine for those who "repeatedly flout face covering rules" will be doubled to a maximum of £3,200 ($4,200).

New fines will also be introduced for "people hosting raves or other unlawful gatherings of more than 30 people".

"Most people in this country are following the rules and doing their bit to control the virus, but we must remain focused and we cannot be complacent," Johnson said.

The loosening of lockdown rules will not apply to local hotspots that have seen more stringent measures applied to prevent community spread.

Although the Office for National Statistics said the "situation had levelled off", more than 1,000 people a day are still testing positive for the virus.