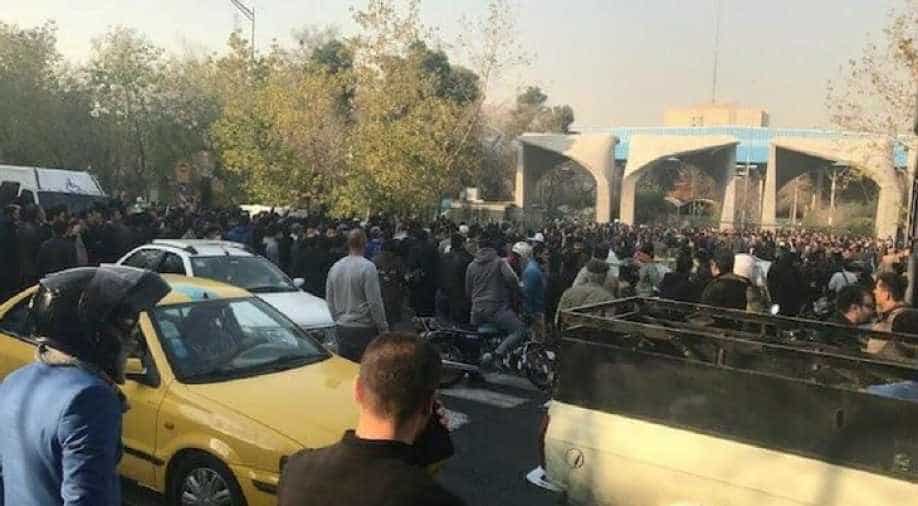 Khojastehpour did not explain the killings but said security forces had not fired on the crowd.? Photograph:( Reuters )

Two people were killed overnight in the town of Dorud in western Iran as protests spread across the country, the province's deputy governor confirmed on Sunday.

"On Saturday evening, there was an illegal protest in Dorud and a number of people took to the streets responding to calls from hostile groups, leading to clashes," Lorestan province deputy governor Habibollah Khojastehpour told state television.

"Unfortunately in these clashes, two citizens from Dorud were killed."

Khojastehpour did not explain the killings but said security forces had not fired on the crowd.

Videos reportedly from Dorud, of bleeding victims being carried through the crowd, were spreading widely on social media overnight but could not be verified.

A Revolutionary Guards Telegram channel blamed the killing on "people armed with hunting and military weapons" who "entered the protests and started shooting randomly toward the crowd and the governor's building".

It said two people were killed and six wounded.

Khojastehpour said: "In these clashes, no bullets were fired by the police, military or security forces towards the people.

"The goal was for the protest to end peacefully but due to the presence of certain people and groups, unfortunately, this happened and led to the killing of two people."