Turkey's military operation in Syria: What does Erdogan want? 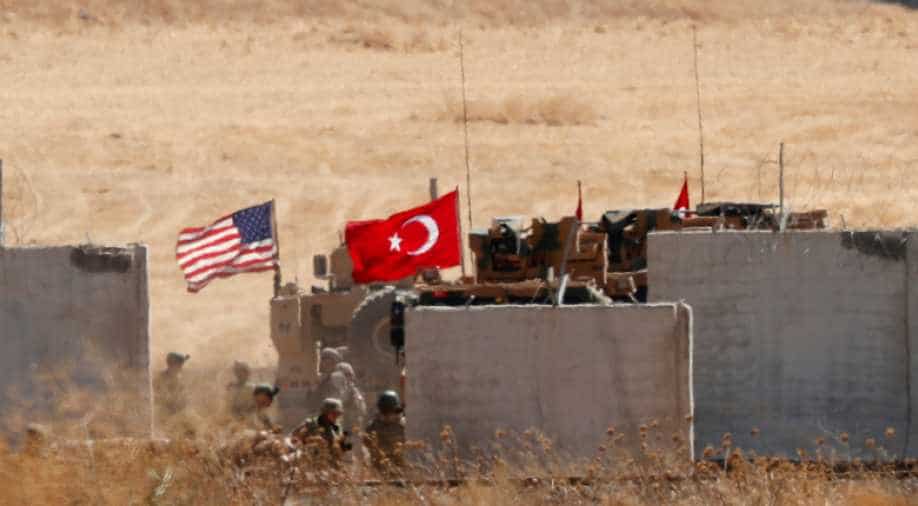 Turkey feels that a strong Kurdish presence on its border can lead to Kurdish sub-nationalism.

The Turkish military has begun a ground offensive into northeast Syria, releasing airstrikes and artillery barrages aimed at Kurdish soldiers who control the area.

The withdrawal of US troops from northern Syria and Turkey's war preparation in public glare kept no one in doubt that another front may open up soon.

Turkey has two immediate goals. It wasn't to drive Kurdish People's Protection Units or Yekîneyên Parastina Gel (YPG) militia away from its border. It considers YPG a security threat. Turkey feels that a strong Kurdish presence on its border can lead to Kurdish sub-nationalism. A large Kurd population is spread across Turkey.

Turkey also wants two million refugees to go back to Syria. It is for this reason Turkey wants to sanitise 32 km of a 'safe zone' inside the Syrian border.

How will Kurds be affected?

Syrian democratic forces are dominated by Kurdish YPG group. YPG militia established autonomous governing council during their intense collaboration with us in the war against ISIS in West Asia.

Kurds have always maintained that they want autonomy and not independence.

A full us withdrawal can sink the area into more violence as it will allow regional players to push each other more.

How far can Turkey go?

The northern border of Syria is controlled by Kurdish led forces which is 480 km long. It starts from Euphrates river in the west to Iraq border in the east.

Currently, Turkey is focussed on a section of border which is between the town Ras al-Ayn and Tell Abiad which are 100 km apart. This area enjoys a substantial Arab population and the Turkish government has good relations with them.

It means that the YPG group find this area very difficult to hold. 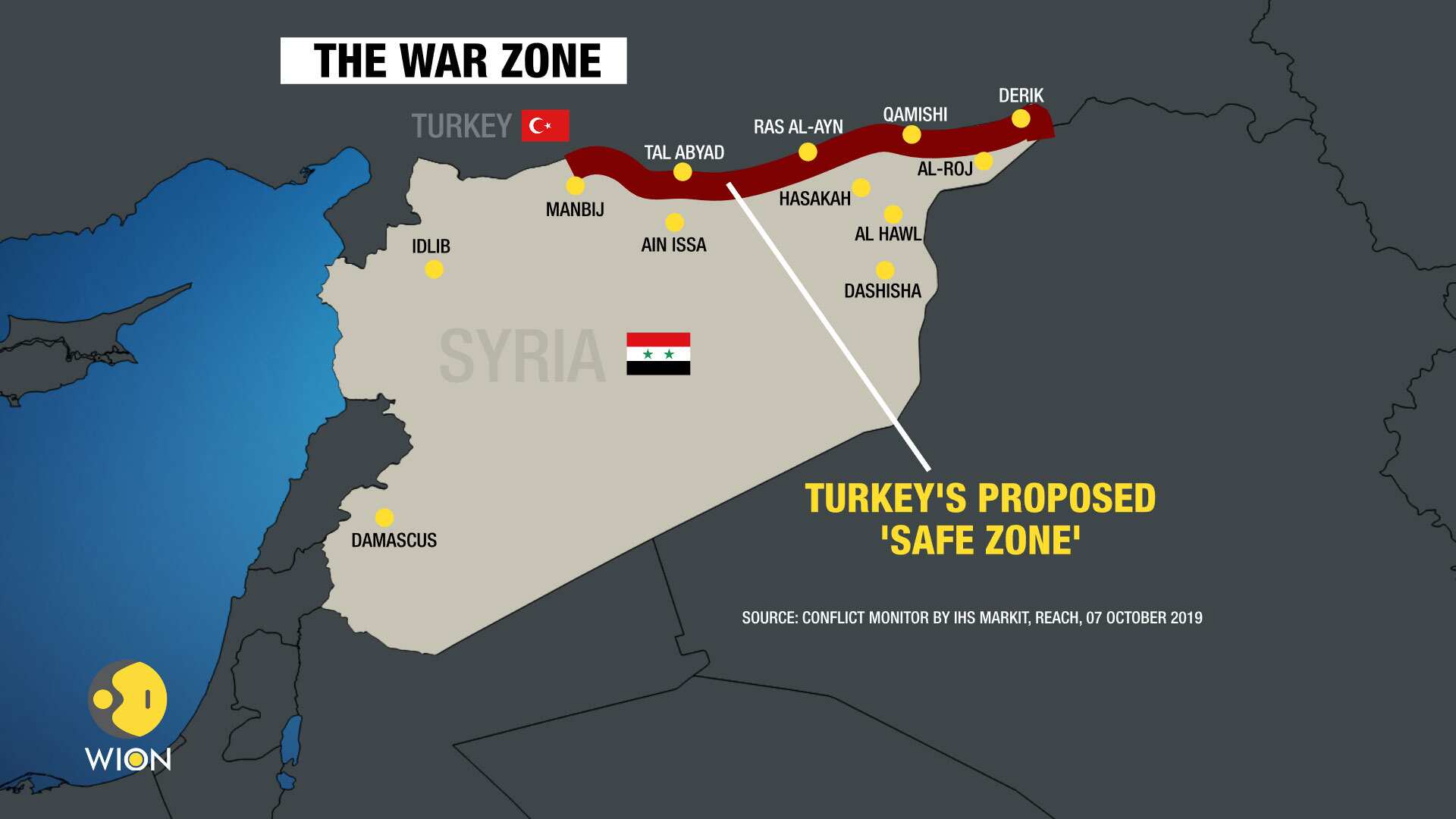 ("Safe zone" [marked in red on the map] running for 480km along the Syrian side of the Turkish border.The Turkish offensive began on October 9 with airstrikes in Tel Abyad and Ras al-Ayn (marked along the red area in the map), in an operation called Operation Peace Spring by Recep Tayyip Erdogan. )

Will Iran and Russia back Turks?

Russia and Iran support Bashar al-Assad's government. Complete US pullout will mean that Assad backed by Russia and Iran can take back areas which are currently not controlled by him.

Under a 2016 agreement with the EU, Turkey agreed to prevent refugees from leaving towards Europe in exchange for six billion euros and visa-free travel for its citizens but has frequently criticised the lack of assistance from Brussels.

What does West think about Turkey's plan?

Many experts feel that it will be impossible for Turkey to resettle Syrians back home like this. West of the opinion that a plan of this scale cannot be implemented as many would not like to go back to war zones

What does it mean for Assad?

It means that areas will switch hands from non-hostile Kurds to a hostile Turkey. Damascus views Turkey as an occupying power. Damascus wanted to strike a deal with Kurds but negotiations did not make any headway.

What does it mean for the Islamic state?

Chaos could present an Islamic State with an opportunity to make a comeback.

SDF formed in 2015 was is an alliance between the biggest Kurdish militia, the People's Protection Units (YPG) in Northern Syria with local Arab militias.

Kurds currently hold 5000 Islamic fighters of Syrian and Iraqi nationality. They also hold 1000 ISIS fighters from 55 countries. The new front could weaken the capacity of the Kurds to hold terrorists in detention.