'Tsar Bomba': Russia declassifies the footage of biggest nuclear weapon of all time 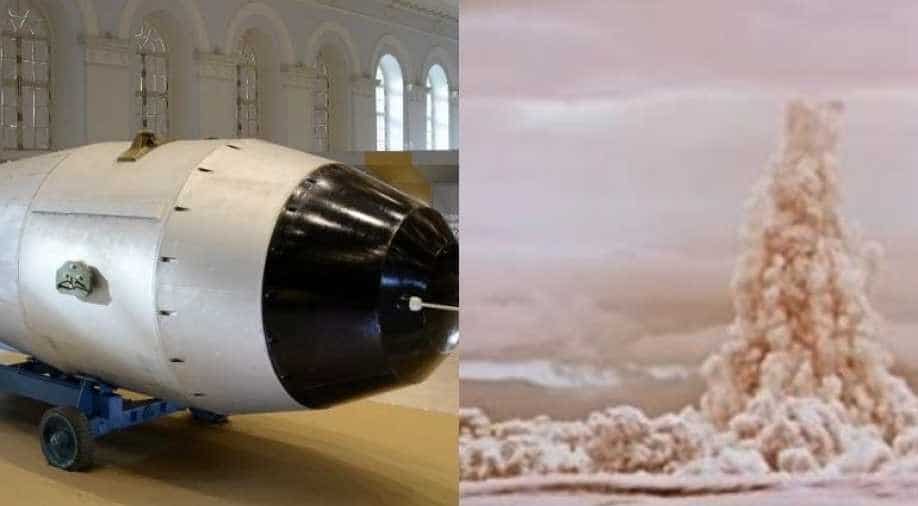 A new documentary released by Russia's state atomic agency has featured a newly declassified footage of the biggest thermonuclear bomb of all time called the "Tsar Bomba".

An international treaty prohibited further tests. which is why the Soviets only tested the bomb once.

On July 1961, the Soviet Union's Premier Nikita Krushchev ordered the development of a 100-megaton nuclear weapon. It took engineers a few weeks to make the bomb. They officially named it RDS-220, and they built a device with a yield of only 50 megatons, which was still the most powerful thermonuclear device ever tested.

This nuclear weapon easily defeated the US' Castle Bravo, which was detonated in the Pacific Ocean and exploded with the force of 15 megatons.

The Tsar Bomba was tested in October 1961 over Novaya Zemlya island, north of the Arctic Circle. The Soviets had to drop the 27-ton, a 26-foot-long bomb from a Tu-95 “Bear” bomber and it could not fit the aircraft bomb bay.

The mushroom cloud due to the blast reached an altitude of 210,000 feet and the people saw the flash at over 1,000 KM distance, despite the bad weather. According to an observer, Ground Zero as "leveled, swept, and licked so that it looks like a skating rink". 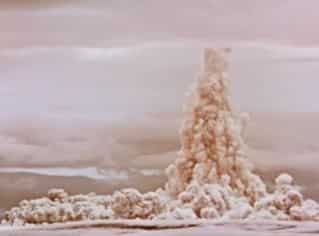 However, the 1963 Nuclear Ban-Test Treaty prohibited atmospheric nuclear explosions, which means we never saw a weapon as powerful as Tsar Bomba tested again.