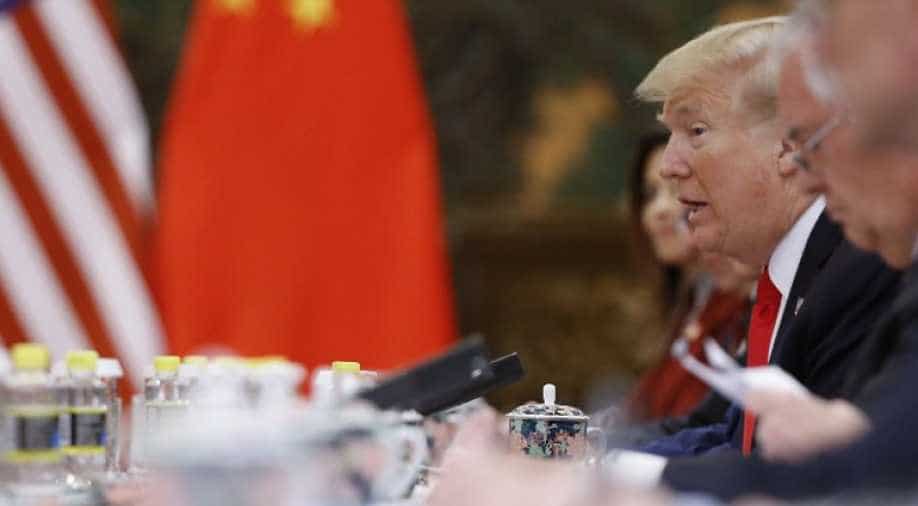 'China can fix this problem easily and quickly, and I am calling on China and your great president to hopefully work on it very hard,' Trump said. Photograph:( AFP )

US President Donald Trump urged China and Russia on Thursday to act fast to resolve the North Korean nuclear crisis, warning that "time is quickly running out".

"We must act fast. And hopefully China will act faster and more effectively on this problem than anyone," Trump said as he met with Chinese leader Xi Jinping in Beijing.

Trump thanked Xi for his efforts to restrict trade with North Korea and cut off all banking ties with China's ally, but he urged him to do more.

"China can fix this problem easily and quickly, and I am calling on China and your great president to hopefully work on it very hard," the US leader said.

"I know one thing about your president: If he works on it hard, it will happen. There's no doubt about it."

Trump, who is expected to meet with Russian President Vladimir Putin at an APEC summit in Vietnam this weekend, appealed for help from Moscow, which also has economic ties with North Korea.

"I'm also calling on Russia to help rein in this potentially very tragic situation," he said.

Trump earlier said he and Xi believe there is a solution to the nuclear standoff.

He did not elaborate on what the solution might be but his administration believes that China's economic leverage over North Korea is the key to strong-arming Pyongyang into halting its nuclear weapons and missile programmes.

China has called for negotiations to resolve the matter peacefully.