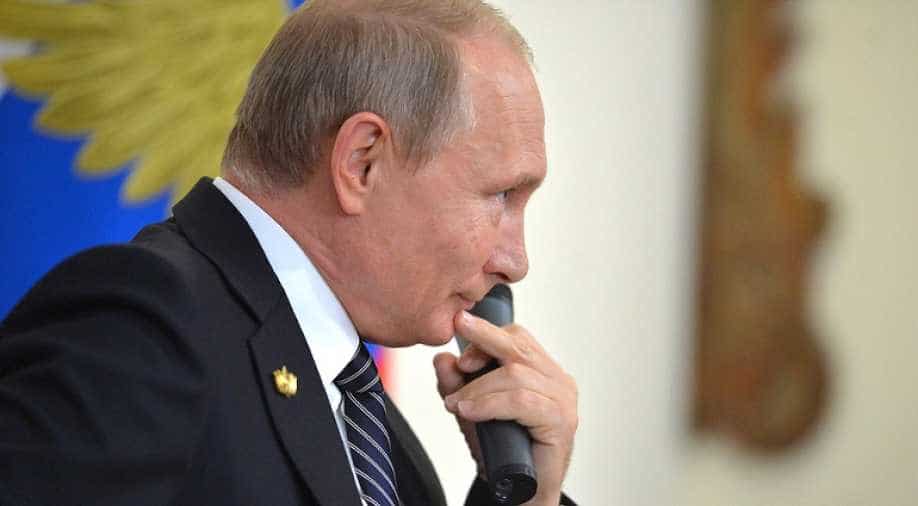 Trump's former campaign member, long-time friend and mega supporter Roger Stone was apparently in email communication with the Russian hackers being probed by the FBI, known as "Guccifer 2.0", according to "a source" in a report filed by The Smoking Gun (TSG).

Guccifer 2.0 claims to be an independent hacker, but US intelligence says "with high confidence" that it was in fact GRU, Russian Military Intel Service simply operating under the alias "Guccifer 2.0", with the specific aim to help Donald Trump get elected president.

The email from Guccifer 2.0 is dated from June 15, 2016, when Roger Stone was still officially a member of the Trump campaign.

Attached in TSG's long article about Roger Stone was an email from "Guccifer 2.0" purportedly to Stone himself. Nowhere in the email does it say "Roger Stone", but TSG's article also contained an IRS tax document with Roger Stone's name on it. This does not mean that the email from Guccifer 2.0 is authentically addressed to Roger Stone, but TSG does have a leak that provided official correspondence between Stone and the American Government, ie the IRS (Internal Revenue Service).

If this email is truly from Russian hackers to an official member of Donald Trump's election campaign, it would be very, very damning. Photo source: The Smoking Gun. (Others)

WION contacted TSG to ask about the source of the leak, and for proof that the email from Guccifer 2.0 was indeed mailed to Roger Stone. So far they have not responded, and we will update the article if they do.

Why would this email prove?

If this email is truly from Guccifer 2.0 to Roger Stone, it means that an official Trump campaign member was in communication with the Russian government, and worked with them as they interfered with the US election on Trump's behalf.

Before, it was clear that Russia hacked the Democrats, who then sent emails to WikiLeaks. In fact, the first time WikiLeaks published the Democrat's emails was on October 7, just hours after the recording leaked of Trump saying, "Grab them by the p*ssy".

But there was no proof that Trump worked directly with Russia, or with WikiLeaks.

That changed days ago when the same Roger Stone took to Twitter to say he had a "perfectly legal back channel with WikiLeaks" and also said, "Assange does NOT work for Russians and nobody has proved otherwise". Actually, Stone has admitted to being in "direct contact" with Julian Assange himself. Essentially, the Trump campaign did have open communication with WikiLeaks.

It may be noteworthy that WikiLeaks was responsible for the biggest ever leak of secret CIA documents, and it came amid Trump's ongoing war with US intelligence, and just days after Stone admitted to having a channel of communication with WikiLeaks.

While Russia's interference in the US election may constitute an act of war between the countries, this doesn't necessarily reflect on President Trump.

But if the Guccifer 2.0-Stone email is confirmed, it proves that the exact same aide in Trump's campaign was in contact with not just WikiLeaks but with the Russian Military Intelligence Service, the very people who hacked the Democrats.

Does anything else suggest Russia and Trump are connected?

Jeff Sessions recused himself from the US intelligence's investigation into the Trump-Russia connection after it emerged that he at least twice met the Russian ambassador, Sergey Kislyak, and lied about it under oath.

Shortly after Sessions met Kislyak at the Republican National Convention in Cleveland last summer, the Republican Party changed the language in their policy to become more aligned with Russia. Former Trump aide JD Gordon just claimed this alignment was on the insistence of Donald Trump himself. Historically, Jeff Sessions has been decidedly anti-Russia.

It was also just reported that Donald Trump himself met the Russian ambassador and lied about it. Other members of his administration or his campaign who have done the same include: National Security Adviser Michael Flynn, Carter Page, Paul Manafort, JD Gordon, and as mentioned Jeff Sessions. Trump's son-in-law and White House adviser Jared Kushner also met Kislyak, but after the election.

Flynn had to resign from his position as the head of national security after The Washington Post reported that not only did Flynn lie about meeting with the Russian ambassador, but that he called Kislyak repeatedly the day Obama levelled sanctions against Russia to discuss those sanctions. The phone calls were recordedm as per ordinary US intelligence protocol.

From the report, which cited nine senior officials in US intelligence: "All of those officials said Flynn's reference to the election-related sanctions were explicit."

The notorious Christopher Steele dossier alleges that Putin, the former head of Russia's spy agency, has enough information over Trump to blackmail him. That dossier contains allegations that are false, mostly slight error about inessential items. But more and more of it is being corroborated.

Trump has many links with Russia, and has had them for decades.

Trump dismisses his alleged connection to Russia as Fake News. It's a real possibility that this email is not what it claims to be.

But Trump is definitely lying about aspects of his connection to Russia. It would be funny if the stakes weren't so high, but here is Trump denying he knows Vladimir Putin, while also bragging about his personal relationship with Putin. 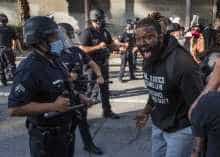 My administration has done more for blacks than any president since Abraham Lincoln: Trump