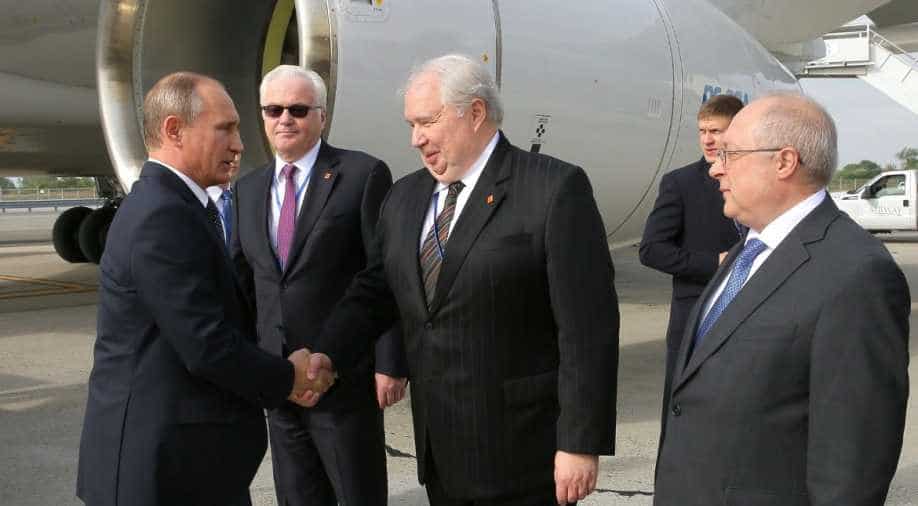 Donald Trump has been grilled for months about his ties to Russia, all the while steadfastly denying he had any contact with Russian officials during the US election. It turns out members of Trump's administration certainly have, and now we know Trump himself also met with Russian ambassador Sergey Kislyak, as per a report by Think Progress.

The report states that on April 27, 2016, Donald Trump met Kislyak right before a major foreign policy speech. The meeting was written about by Newsmax in an article called "Putin 'pleased' with Trump", published on May 14 of last year, and also by The Wall Street Journal on May 23, 2016. Trump's connections with Russia wasn't making headline news at the time, but these reports are being widely revisited now.

In the Newsmax piece, Trump states, "...and I've had a sort of a semi-nice relationship with Putin."

The WSJ report (which is only available to subscribers) states: "A few minutes before he made those remarks, Mr Trump met at a VIP reception with Russia's ambassador to the US, Sergey Ivanovich Kislyak. Mr Trump warmly greeted Mr Kislyak and three other foreign ambassadors who came to the reception."

Think Progress reports that Kislyak was seated in the front row of the invite-only event, and shows a picture of the ambassador at the event.

Trump's denials have been unequivocal.

"Russia is a ruse. I have nothing to do with Russia. Haven't made a phone call to Russia in years. Don't speak to people from Russia," Trump said in a press conference on February 16, 2017. Trump stated that his only contacts with Russia were two phone calls with Vladimir Putin after election day, which were widely reported on at the time.

Since then it's come to light that at least five members of his team talked with Russian officials during the 2016 US presidential campaign. Joining Donald Trump himself, the list also includes Jeff Sessions, Michael Flynn, Carter Page and JD Gordon. Trump's son-in-law and White House adviser Jared Kushner also met with Kislyak, but after the election.

US Attorney General Jeff Sessions had to recuse himself from any investigation on the Trump campaign's contact with Russia after he told the Judiciary Committee, falsely, that he had not met with any Russian officials.

The Trump campaign has not explained why so many people on their team keep meeting with Russian officials, only to deny it.

While the story about Trump meeting the Russian ambassador was months old, it happened to recirculate on the same day that headlines were dominated by WikiLeaks releasing thousands of pages of documents purporting to show that the CIA can hack any iPhone and Android user in the world.

Like to remind that I've been calling out Wikileaks as a Kremlin front since mid-2013. Took epic shit for speaking truth. Believe me now?

Trump has been in an open war with US intelligence.

He claimed, without evidence, that Trump Tower had been wiretapped by President Obama himself before the election. Before that characterised the treatment he was receiving at the hands of American intelligence as being like "Nazi Germany".

If the president has an explanation for why he and his administration met with Russian officials during an election campaign that US intelligence claims Russia interefered with, he is obliged to share it.

Anti-vaccination movement resurges across Europe and US as pandemic soars