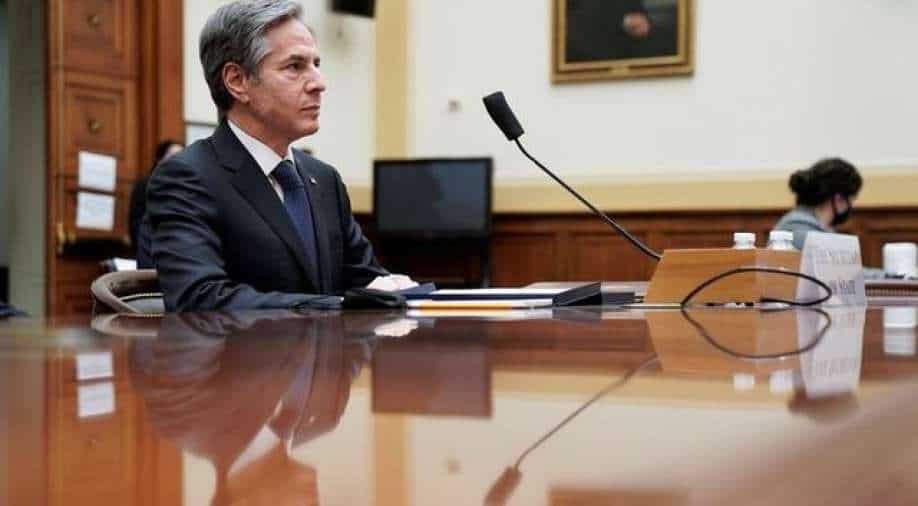 The meeting will come amid what is shaping up to be a major US diplomatic push to solidify alliances in Asia and Europe to counter China.

US Secretary of State Antony Blinken will meet with top Chinese officials on March 18 in Alaska, the White House said on Wednesday.

This will be the first high-level in-person contact between the two sparring countries under the administration of the new US president, Joe Biden. The meeting will come amid what is shaping up to be a major US diplomatic push to solidify alliances in Asia and Europe to counter China.

National security advisor Jake Sullivan will join the meeting in Anchorage with China's top diplomat, Yang Jiechi, and State Councillor Wang Yi, White House press secretary Jen Psaki said, adding that the administration would approach its relations with China "in lockstep" with its partners. Blinken will join the meeting post his return from his first overseas trip to key US allies Japan and South Korea.

Blinken has already signalled next week's meeting would not be a return to regular senior-level dialogues used under past US administrations, which had been increasingly criticised in Washington for yielding little progress on US grievances with Beijing.

Biden's administration has committed to reviewing elements of US policies toward China, as the world's two largest economies navigate frosty relations that sank to their lowest depths in decades during Donald Trump's presidency.

Biden and his Chinese counterpart, Xi Jinping, held their first phone call as leaders last month and appeared at odds on most issues, even as Xi warned that confrontation would be a "disaster" for both nations.

Blinken has also said that if China insists it is not violating the human rights of Uighur Muslims in its Xinjiang region, it should provide the world access to the area.

The talks will follow the visit by Blinken and US Defence Secretary Lloyd Austin to Japan and South Korea next week, as well as an online summit on Friday between Biden and the leaders of Japan, India and Australia.

That will be the first leader-level meeting of the four-country group, known as the Quad, seen as part of US efforts to boost its diplomacy in Asia to balance China's growing military and economic power.