To fight Covid abroad, US aims to contribute to vaccines for next disease 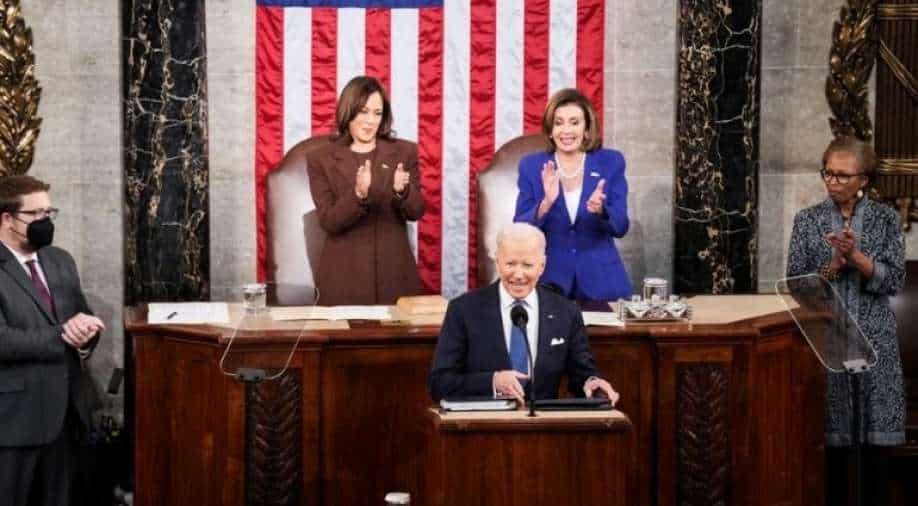 Tuesday’s announcement echoes a plan announced by President Joe Biden in his State of the Union address when he pledged to invest in an effort to produce new vaccines within 100 days of the arrival of future coronavirus variants. Photograph:( AFP )

The administration’s commitment comes as Biden is under pressure to do more to combat COVID, as well as to prepare for the next pandemic

The Biden administration announced Tuesday that it intends to contribute $150 million over the next three years to a global effort aimed at rapidly producing a vaccine in case a new biological threat emerges. Still, activists and health experts urged the United States to do more to fight the current coronavirus pandemic.

The financial commitment, which will require approval from Congress, is a small fraction of what is needed for the project being undertaken by the Coalition for Epidemic Preparedness Innovations, a global foundation. The coalition’s CEO, Dr Richard Hatchett, has announced a $3.5 billion, five-year effort to “face down the next Disease X with a new vaccine in just 100 days.”

Tuesday’s announcement echoes a plan announced by President Joe Biden in his State of the Union address when he pledged to invest in an effort to produce new vaccines within 100 days of the arrival of future coronavirus variants. The contribution was announced by Samantha Power, administrator of the U.S. Agency for International Development, during a summit convened by the British government and the coalition, known as CEPI. The coalition also supports COVAX, the international effort to deliver COVID-19 vaccines to the world, which has struggled to get doses into people’s arms.

“Our eyes, like yours, are also on the horizon — on the epidemic or pandemic that has yet to come,” Power said, addressing the summit’s attendees by video. “While we continue our current efforts to end this pandemic, we are not losing sight of our long-term preparedness goals.”

The administration’s commitment comes as Biden is under pressure to do more to combat COVID, as well as to prepare for the next pandemic. Last week, the administration asked Congress for an additional $22.5 billion to fight the pandemic at home and overseas, and Biden is expected to host his own global COVID summit in the coming weeks.

The president has repeatedly said that the United States has contributed more money, and donated more coronavirus vaccine doses, to the world than any other nation.

But two recent analyses, one by the Kaiser Family Foundation and the other by Public Citizen, suggest the United States is not living up to his promise that the nation would be the “arsenal of vaccines."

“It was a surprise,” said Jen Kates, who directs the foundation’s global health and HIV policy efforts and conducted the analysis. “The White House has said the U.S. is doing more than any other donor. We just wanted to interrogate that a little bit and see: Does it hold up if you look at it from this perspective?”

A new analysis by Public Citizen, titled “An Incomplete Arsenal,” raises questions about whether the administration is falling behind on its timeline to deliver 1.2 billion doses to the world by this fall, as Secretary of State Antony Blinken pledged in December.

When the White House announced its new pandemic preparedness plan last week, much of which will also need congressional funding, it no longer attached a timeline to the 1.2 billion doses pledge. So far, the State Department says, nearly 487 million doses have been shipped. To meet the 1.2 billion dose target, the United States would have to donate more than 70 million doses a month — a figure that, Public Citizen notes, is far higher than the current reported monthly donation of about 55 million doses.

“The modest targets that the administration itself set out are likely not to be achieved this year, and that’s shocking,” said Zain Rizvi, an expert on pharmaceutical innovation and access to medicines and the report’s author.

White House officials declined to comment on the Kaiser analysis. But they pointed to Tuesday’s announcement, as well as their funding request to Congress and a plan to ramp up vaccine manufacturing announced by Biden last year, as evidence that the president is committed to doing more.

Vaccination rates continue to lag in low-income countries, even as vaccines become more widely available, for a variety of reasons including vaccine hesitancy and a lack of infrastructure and personnel to administer the shots. Only 14% of the population of low-income nations has received at least one dose of a vaccine, according to the Our World in Data project at the University of Oxford.