'Thousands' of former racehorses are slaughtered in British abattoirs every year: Report 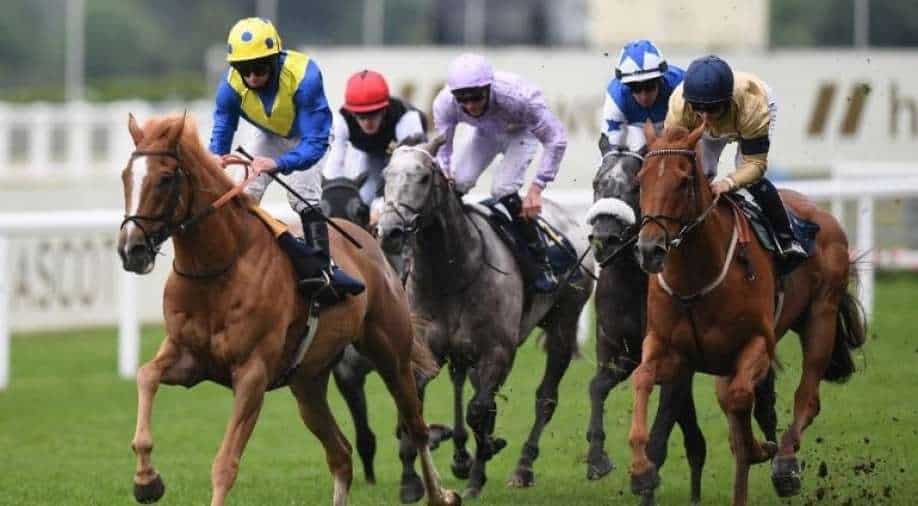 A new investigation reveals that at least 4,000 former racehorses were slaughtered in British abattoirs, most of which were brought from Ireland after sustaining serious injuries

A new investigation has revealed that thousands of former racehorses which were in training in Ireland are being killed every year.

The report will air on BBC1's Panorama on Monday evening, claiming that "thousands" of ex-racers - "most, but not all" are being butchered every year.

The programme is called "The Dark Side of Horse Racing" and is based on footage provided by Animal Aid, an animal rights group, The Guardian reported. Animal Aid advocates ending slaughter of animals and wants a complete ban on horse racing.

Multiple media reports claim that cameras were planed by Animal Aid in a slaughterhouse run by F Drury & Sons, which captured "dozens" of ex-racehorses, most of which came from Ireland.

Three of these horses reportedly belong to trainer Gordon Elliott, who was recently banned from racing for sitting on a dead horse. Elliott told the programme that he wasn't involved in the slaughtering business.

He did name two horses - High Expectations and Kiss Me Kayf, who were shipped to a horse dealer to be sent to an appropriate home. In the worst-case scenario, he urged them to euthanise the horses humanely.

According to the report, serious breaches of regulations took place while dealing with horses. The cameras recorded 91 occasions when a worker shot horses from a distance instead of from a close location.

The investigation also revealed that many of the horses were brought from Ireland via road and sea, many of which had sustained serious injuries that end careers. In addition, the report mentions 26 instances of the horses being killed within sight of other horses, a clear violation of slaughtering policies.

Since the start of 2019, at least 4,000 racehorses have been slaughtered in such conditions, according to the report.