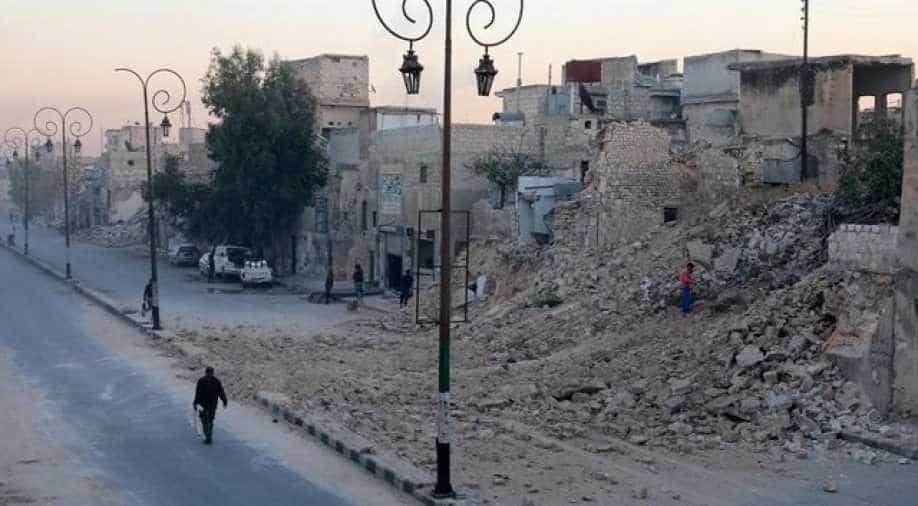 More than 200 civilians have died since the government launched its latest assault on east?Aleppo?on November 15. Photograph:( Reuters )

The capture on Saturday of Masaken Hanano -- which had been the biggest rebel-held district of Aleppo -- was a major breakthrough in a 13-day regime offensive to retake the entire city.

The fighting moved to two neighbouring districts, Haidariya and Sakhur, on Sunday, with regime aircraft pounding rebel positions and heavy fighting between the opposition and forces loyal to President Bashar al-Assad.

Masaken Hanano was the first district the rebels took in the summer of 2012 in a move that divided the city into a rebel-held east and a regime-controlled west.

Around 250,000 civilians trapped under government siege for months in the east have faced serious food and fuel shortages.

The civilians fled to Masaken Hanano after it fell under government control and were taken by the army to regime-held areas, the Observatory said.

"It is the first exodus of this kind from east Aleppo since 2012," Observatory chief Rami Abdel Rahman said.

Yasser al-Youssef, from the rebel group Nureddin al-Zinki, said on Sunday that opposition fighters were consolidating their positions in Sakhur.

"We are strengthening our positions to defend the city and residents, but the aircraft are destroying everything methodically, area by area," he said, referring to a regime campaign of air strikes on the city.

Sakhur lies on a stretch of just 1.5 kilometres (less than a mile) between west Aleppo and Masaken Hanano, now both controlled by the regime.

If the regime did manage to take control of the district, east Aleppo would be split in two from north to south, dealing a further blow to the armed opposition.

The latest regime push comes after days of intense bombardment on the east, which has been pounded with air strikes, shells and barrel bombs.

On Saturday, dozens of families fled Sakhur and Haidariya as regime raids and artillery fire killed at least 18 civilians in several districts, the Britain-based Observatory said.

That took to 219 the overall number of civilians killed, including 27 children, since the government launched its latest assault on east Aleppo on November 15.