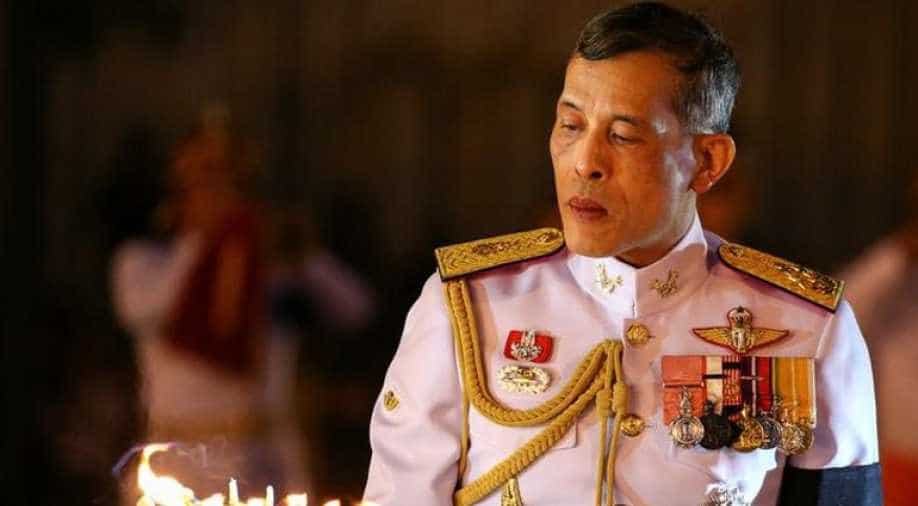 The prince will meet with the head of parliament, Pornpetch Wichitcholchai, on Thursday evening following a Buddhist rite marking 50 days since the king's death. He then is expected to formally accept parliament's invitation to ascend the throne. Photograph:( Reuters )

Thailand's Crown Prince Maha Vajiralongkorn returned to Bangkok on Thursday, two days after parliament said it would invite him to become the country's new king following the death of his father, revered King Bhumibol Adulyadej.

The prince will meet with the head of parliament, Pornpetch Wichitcholchai, on Thursday evening following a Buddhist rite marking 50 days since the king's death. He then is expected to formally accept parliament's invitation to ascend the throne.

Prime Minister Prayuth Chan-o-cha and Prem Tinsulanonda, a former head of the royal advisory council who has been standing in as regent, will also be in attendance, according to a palace schedule. The prince arrived in Bangkok from Germany, according to two senior military officials with knowledge of the matter.

"We can confirm that His Majesty arrived safely this morning," said a senior military official who asked not to named.

The prince, who will be known as King Rama X, or the 10th king of the 234-year-old Chakri Dynasty, must formally accept the invitation from parliament before he can be proclaimed king.

An official announcement from the royal household is expected to come soon afterwards, according to palace protocol.

Thailand has been without a monarch since King Bhumibol died on October 13. The monarchy has been run by 96-year-old regent Prem after the prince asked to delay the succession in order to grieve.

King Bhumibol, who was the longest-serving head of state in the world when he died at the age of 88, was instrumental in reviving the prestige of the monarchy. He was widely seen as a stabilising force through an era of rapid change and decades of often violent political upheaval.

A Thai lese-majeste, or royal insult, law criminalises anything deemed to be an insult to the monarchy. The law has curtailed public discussion about the succession, the future of the monarchy or criticism about the crown prince, who has spent much of his adult life abroad and does not command the same level of devotion as his father.

Prime Minister Prayuth said on Tuesday a year-long mourning period for King Bhumibol would not affect a general election scheduled for 2017.