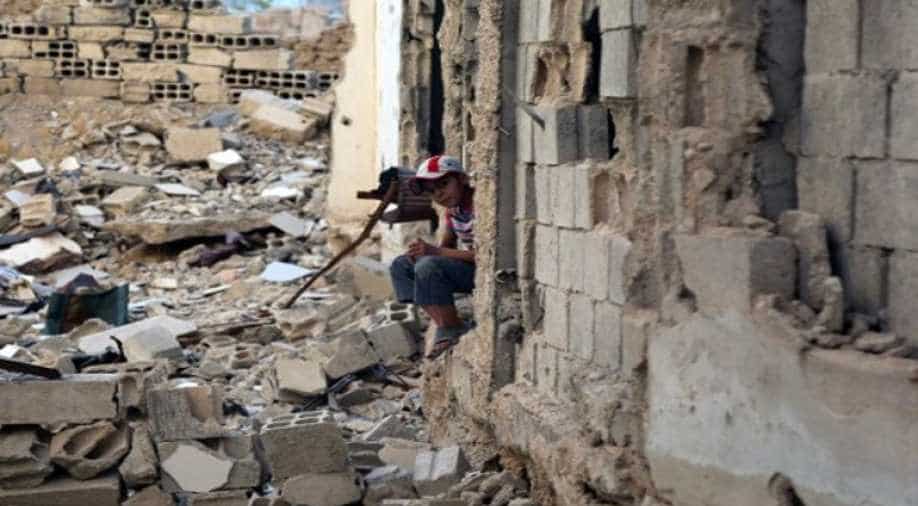 There was no immediate indication whether rebel forces would abide by the new truce. Photograph:( AFP )

Follow Us
The Syrian army today said it was observing a 72-hour ceasefire across the country coinciding with the festival marking the end of the Islamic holy month of Ramadan.

"A 'regime of silence' is applied across all territory of the Syrian Arab Republic for 72 hours from 1:00 am on July 6 to midnight on July 8," the army said in a statement republished by official media.

The statement did not specify whether the ceasefire extended to military action against jihadists such as the Islamic State (IS) group or the al Qaeda-affiliated Al-Nusra Front.

A ceasefire between regime forces and non-jihadist rebel groups was announced by Russia and the United States in late February but has mostly collapsed amid repeated violations.

There was no immediate indication whether rebel forces opposing President Bashar al-Assad's regime would abide by the new truce.

The ceasefire coincides with the three-day Eid ul-Fitr festival marking the end of Ramadan, when devout Muslims fast from dawn until dusk.

Assad joined Eid prayers at a mosque in third city Homs today in a rare public appearance outside the capital Damascus.

State television broadcast footage of the president joining worshippers at the Al-Safa mosque in Homs, which is mainly under government control except for a besieged rebel-held neighbourhood on the city's outskirts.

Previous attempts to implement ceasefires in Syria have repeatedly failed, as have diplomatic efforts to end a five-year civil war that has killed more than 280,000 people and forced millions from their homes.

Several temporary truces have been announced in recent months for second city Aleppo, scene of some of the heaviest fighting in the war, but have fallen apart.

Aleppo, which was Syria's commercial and manufacturing hub before the civil war erupted, is divided between a rebel-held east and regime-controlled west.

Eastern districts have faced heavy bombardment including air strikes from regime forces, while rebels regularly fire rockets into the west.

Despite the ceasefire announcement, Aleppo's eastern areas came under fire today morning, according to residents and the Syrian Observatory for Human Rights, a monitoring group.

In the eastern Al-Mashad district a civilian was killed and several wounded when artillery fire fell near a mosque hosting Eid prayers, the Observatory said.

"Shells have been falling on the neighbourhood since early this morning," resident Ahmad Nassif told AFP.

"I had planned to visit family and friends, to bring my children out to play, but we decided to stay inside the house in case the shelling resumes," he said.

"I hope things will calm down a bit during Eid, not for me but for my children."

Syria's conflict began five years ago with the brutal repression of anti-government demonstrations and has evolved into a complex multi-front war.

IS emerged from the chaos of the war, seizing control of large parts of Syria and neighbouring Iraq, committing widespread atrocities in areas under its control, and organising and inspiring jihadist attacks across the Middle East and in Western cities.

Washington has backed rebel forces in Syria and Moscow is supporting Assad, but the rise of IS has seen efforts focus on defeating the jihadists.

Russia and the United States launched a major attempt last year to bring about peace talks between Assad and rebel forces, but the negotiations faltered as the partial truce announced in February fell apart.