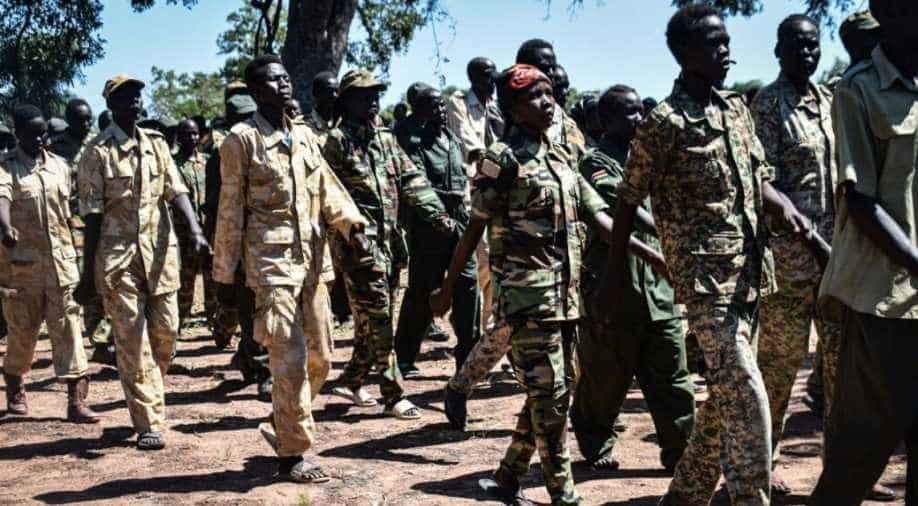 Members of the South Sudan Opposition Alliance (SSOA) which is a coalition of rebel groups Photograph:( AFP )

The Sudanese government and a coalition of rebel groups on Monday extended peace talks for another three weeks after missing a deadline for a final peace deal.

The Sudan Revolutionary Front (SRF) is a coalition of nine rebel groups and Khartoum representatives signed a deal to keep negotiations going after failing to wrap up talks by February 15.

"Hopefully this will be the last extension for these talks," SRF deputy chair Yasir Arman told AFP.

Important steps have been made to "finalise a peace agreement," Arman said.

The peace talks, which began in South Sudan in October, aim to end conflicts in Darfur, Blue Nile and South Kordofan, where rebels have fought bloody campaigns against marginalisation by Khartoum under ousted president Omar al-Bashir.

Hopes of a peace deal were raised after Sudan's transitional government, led by Prime Minister Abdalla Hamdok, made ending the conflict in these areas a priority.

So far the parties have agreed on a ceasefire, humanitarian access, land issues and the resettlement of those displaced by the conflicts.