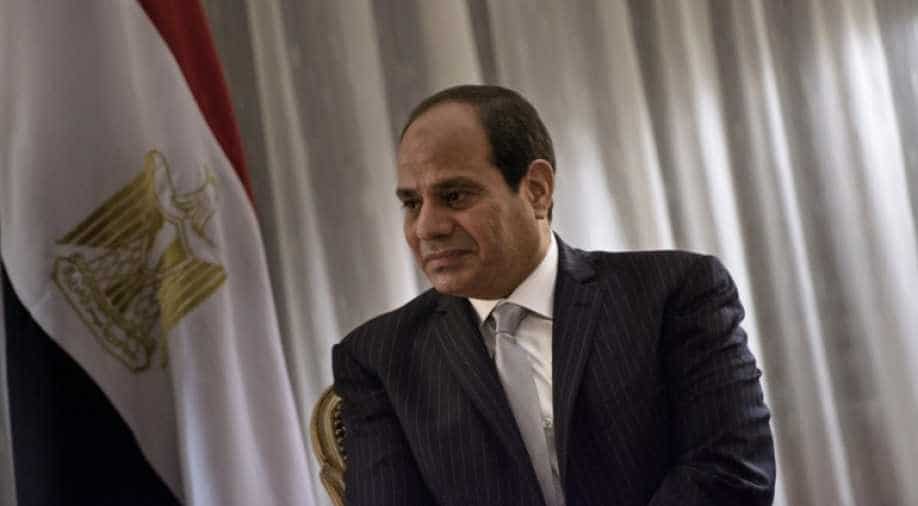 Critics of the former army chief -- who was elected after he toppled Islamist president Mohamed Morsi in 2013 -- say Sisi (pictured) does not tolerate any dissent. Photograph:( AFP )

Six years after Hosni Mubarak was forced from power, the activists behind Egypt's 2011 uprising are facing a new crackdown and struggling to see much reason for hope.

Critics of the former army chief -- who was elected after he toppled Islamist president Mohamed Morsi in 2013 -- say Sisi does not tolerate any dissent.

"The situation is miserable," said Esraa Abdel Fattah, a 38-year-old activist now banned from travel, as she passed by Cairo's Tahrir Square, the epicentre of the January 2011 uprising.

Hundreds of thousands of Egyptians protested in the square for 18 days, setting up tents and makeshift hospitals, and demanding an end to Mubarak's 30-year rule.

"I'm sad for the blood that has gone to waste," Abdel Fattah said, remembering the hundreds killed in the streets as security forces tried to suppress the protests.

Ahmad, a 32-year-old pharmacist who only gave his first name, also took part in the 2011 demonstrations.

"Before, I was ready to die for this country, now I just want to leave," he said.

"I have transitioned from struggling for democracy and human rights to fighting a daily battle to provide for my family's basic needs," Ahmad said.

"It's a daily struggle for survival," he said.

'Latent anger'
Egyptians have faced shortages of basic goods such as medicine and sugar in past months, with prices soaring after the government floated the currency and slashed fuel subsidies in November.

Those measures were part of economic reforms to meet conditions for a $12 billion loan from the International Monetary Fund, which was approved later the same month.

"There is latent anger" because of the economic situation, political scientist Mai Mogib said.

"But despite this, nobody wants another revolution. Egyptians are exhausted after a revolt that didn't produce the results they were hoping for," she said.

In the months after the ouster of Morsi, Egypt's first democratically elected civilian president, hundreds of his Islamist supporters were killed and thousands more jailed.

The crackdown then expanded to leftist and secular activists, with scores in jail on accused of participating in unauthorised street protests.

Egypt has also been investigating civil society groups on suspicion of receiving illegal foreign funding in a controversial probe criticised by the United Nations.

This month, a court ordered a freeze on the assets of Nazra for Feminist Studies and its founder Mozn Hassan, as well as of Mohamed Zaree and his Arab Penal Reform Organisation.

It came after the assets of five other human rights defenders and three non-governmental organisations were frozen in September over similar accusations.

"We have to defend ourselves in court against accusations (of crimes) we didn't commit," the 37-year-old said.

Amnesty International and Human Rights Watch have described the travel bans as "part of a larger campaign to suppress independent, critical voices inside the country".

The secular April 6 movement, one of the groups that called for the January 25 protests in 2011 and helped ignite the uprising, has been banned by the authorities.

Ahmed Maher, 36, one of its founders and a leading figure in the 2011 revolt, was released earlier this month after spending three years in prison on accusations he organised an unauthorised protest.

But for the next three years, he must spend 12 hours each night at a police station near his home.

Journalist Ahmad Gamal Ziada, a photojournalist who spent two years in jail after his arrest at a protest he was covering, is just as disillusioned.