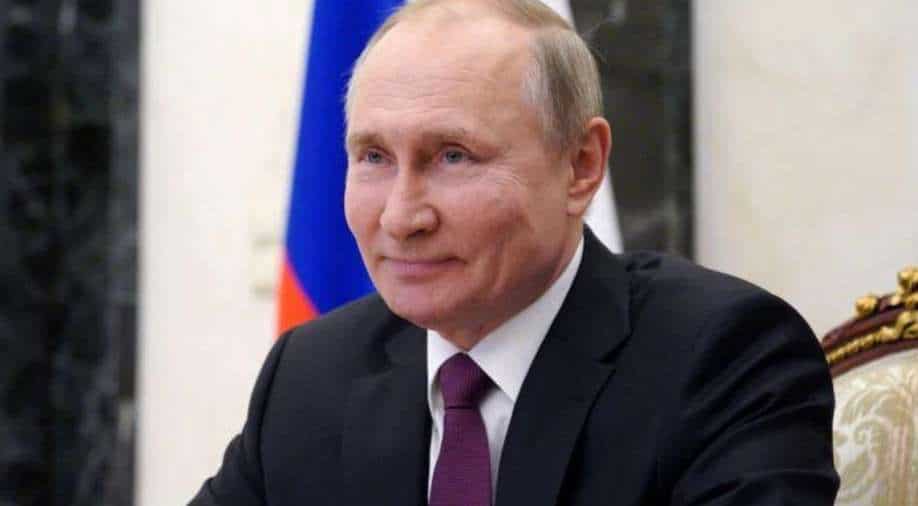 Earlier, western leader poked fun at the Russian president at a G7 summit lunch in Germany. They joked whether they should go shirtless to project a manly image

Russian President Vladimir Putin, perhaps in a devastating reply, has shot back at western leaders saying that these leaders, if shirtless, would make for a 'disgusting sight'. Putin's comments came after European and other western leaders appeared to poke fun at shirtless Putin who, in past, has been clicked riding horse and other 'macho' activities.

"I don’t know exactly how far they wanted to get undressed, above or below the waist. But I think, either way, it would be a disgusting sight," said Putin. He was speaking with reporters at a summit in Tajikistan.

Earlier, western leader poked fun at the Russian president at a G7 summit lunch in Germany. They joked whether they should go shirtless to project a manly image.

"Jackets on? Jackets off? Do we take our coats off?" British Prime Minister Boris Johnson asked as he sat down at the table in Bavaria's picturesque Elmau Castle, where Chancellor Olaf Scholz was hosting the summit of seven powerful democracies.

The leader from Britain, Canada, France, Germany, Italy, Japan, the United States and the European Union pondered the dilemma.

Canada's Prime Minister, Justin Trudeau, suggested they wait for the official picture before disrobing but then Boris Johnson quipped "We have to show that we're tougher than Putin" and the joke kept rolling.

"Horseback riding is the best," European Commission President Ursula von der Leyen said, without apparently weighing in on the clothing issue itself.

Boris Johnson interjected: "We've got to show them our pecs."

In a photo-op in 2009, a shirtless Putin was clicked riding a horse. Putin, a former KGB agent and a black belt in martial arts, is a fitness fanatic. His fit physique on the horseback had become topic of discussion everywhere. The Russian state machinery has been projecting him as a macho, 'manly' leader who was in charge of Russia.