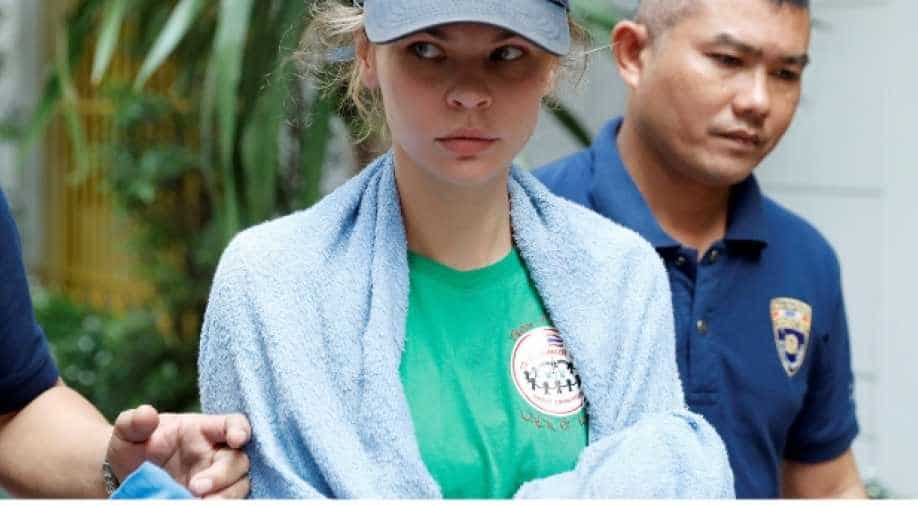 Vashukevich drew world attention last February when she said she had hours of audio recordings that could shed light on links between Russian officials and Trump's election in 2016.

A model from Belarus who was arrested during a "sex training seminar" in Thailand and then claimed to have evidence of Russian interference in US president Donald Trump's election was deported on Thursday.

Thai authorities said Anastasia Vashukevich, 27, two other Belarussians and five Russians were being sent to their home countries two days after they pleaded guilty to charges including conspiracy and soliciting.

Vashukevich drew world attention last February when she said she had hours of audio recordings that could shed light on links between Russian officials and Trump's election in 2016.

She offered to release the recordings in exchange for asylum in the United States but never produced evidence to substantiate her claim and later said she had no plans to release anything.

Thai immigration chief Surachate Hakparn told media all eight deportees were willing to return to their countries. The deportations were being coordinated with Belarus and Russia, he said.

Vashukevich made no comment at Bangkok's Suvarnabhumi Airport. Last year, she had said she feared that she would be sent to Russia.

Self-proclaimed "sex guru" Alexander Kirillov, 38, a fellow Belarussian among the deportees, told media the group had been seeking deportation since last March.

"If you have been to a Thai prison, you are not afraid of anything," he said.

They were arrested at the beach resort of Pattaya during a seminar on seduction techniques.

Vashukevich, who is also known as Nastya Rybka, said she had recordings of conversations on interference in the US election through an association with Russian oligarch Oleg Deripaska. But Deripaska's representatives have accused her of fabrication and said she was never his mistress.

Deripaska is close to Russian President Vladimir Putin and is a onetime associate of Trump's former campaign manager, Paul Manafort.

The US intelligence agencies have concluded that Moscow sought to interfere in the 2016 US presidential election to boost Trump's chances of winning. Russia has denied meddling and Trump has said no collusion took place.