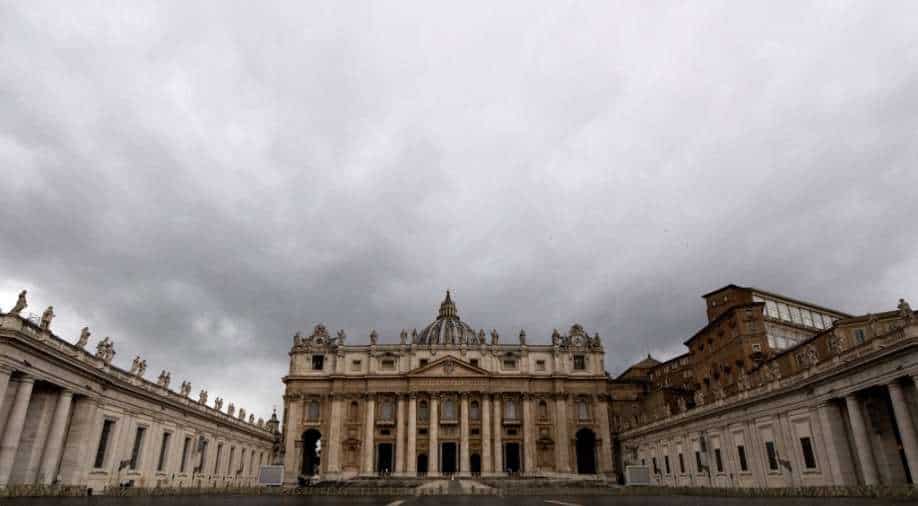 The Vatican has often found itself at odds with new ideas Photograph:( AFP )

An influential Cardinal and nine others will be tried over alleged financial wrongdoing linked to the purchase of a plush London property, the Holy See announced on Saturday.

In a first within the Vatican legal system, Italian Cardinal Angelo Becciu, who was a leading figure in Rome and a close ally of Pope Francis, will appear before a tribunal from July 27.

The 73-year-old was dismissed from a powerful Vatican job last September after Francis told him he had been accused of syphoning off Vatican charity funds to help his siblings.

Becciu will be prosecuted over embezzlement, abuse of power and witness tampering in the case, linked to a scandal concerning a loss-making Vatican investment in central London that happened under his watch. He has always professed his innocence.

Before his dismissal, he led the Vatican's department on sainthood. From 2011 to 2018 he was the Substitute for General Affairs, a role akin to the chief of staff in the Vatican's central bureaucracy.

Among the other defendants in the Vatican trial are Rene Bruelhart, the Swiss former head of the Financial Information Authority (FIA), the Vatican's financial watchdog.

He will also face abuse of power charges, as will Enrico Crasso, an investment fund manager who controlled millions of euros of Vatican money, including private donations to the Church.

Among the others facing Vatican justice are former FIA director Tommaso Di Ruzza and Italian consultant Cecilia Marogna, known as "the Cardinal's Lady" for her links with Becciu.

The young woman allegedly received 500,000 euros from the Vatican into her Slovenian bank.

The opaque investment at the heart of the scandal is a building in London's upmarket Chelsea district, which was transformed into 50 luxury apartments.

In a statement, Becciu said he was the "victim of a plot" and protested his "absolute innocence".

He said he had been pilloried by the media and looked forward to the chance to explain.

A statement posted on the Vatican website said investigations had been carried out in several countries, including the United Arab Emirates, the United Kingdom, Jersey, Luxembourg, Slovenia and Switzerland.

That work had "brought to light a vast network of relationships with operators in the financial markets that have generated substantial losses for the Vatican finances, having also drawn on the resources intended for the personal charitable works of the Holy Father".

Four companies had also been charged in the case, it added.

According to media reports, the Vatican lost several hundred million of euros on the London property and other bad investments.

The pope, who was appointed in 2013 with a mission to sort out the Vatican finances, admitted in November 2019 that the Vatican was caught in a corruption "scandal".

His attempts at reform have faced opposition and in 2017 Francis said trying to change the Vatican government was like "cleaning the Egyptian sphinx with a toothbrush".