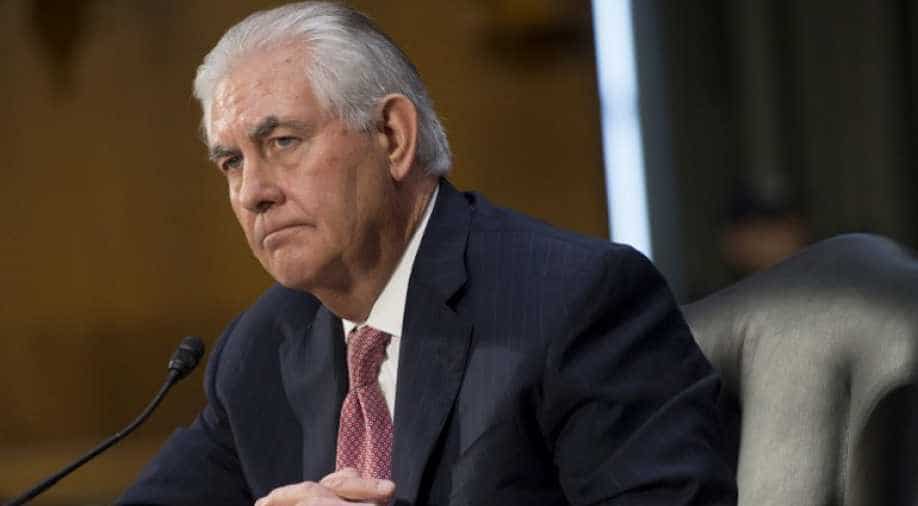 Rex Tillerson testifies during his confirmation hearing for secretary of state in Washington on January 11. Photograph:( AFP )

US Secretary of State nominee Rex Tillerson has indicated he may disagree from President-elect Donald Trump on the Paris climate agreement, saying America's interests are best served by maintaining a seat at the table so that it could also judge other countries' commitment level.

"Having a seat at the table to address this issue on a global basis and it is important that its 190 countries or there about have signed on to being to take action. I think we are better served by being at that table than leaving that table," Tillerson said during his confirmation hearing before the Senate Foreign Relations Committee yesterday.

"I think it is important that the US maintain a seat at that table so that we can also judge the level of commitment of the other 189 or so countries that are around that table again, adjust our own course, accordingly," he said.

Tillerson's views on climate change differ significantly from those of Trump who had threatened to cancel the landmark Paris climate agreement in which more than 190 countries including India pledged to reduce carbon emissions.

"As I have stated before in my statements around climate change and responses to it, that it will require a global response. And that countries that attempt to influence this by acting alone, are probably only harming themselves," Tillerson said, as he advocated staying inside the Paris agreement.

During his tenure as Exxon CEO, Tillerson had praised the Paris agreement last year, noting that addressing climate change "requires broad-based practical solutions around the world".