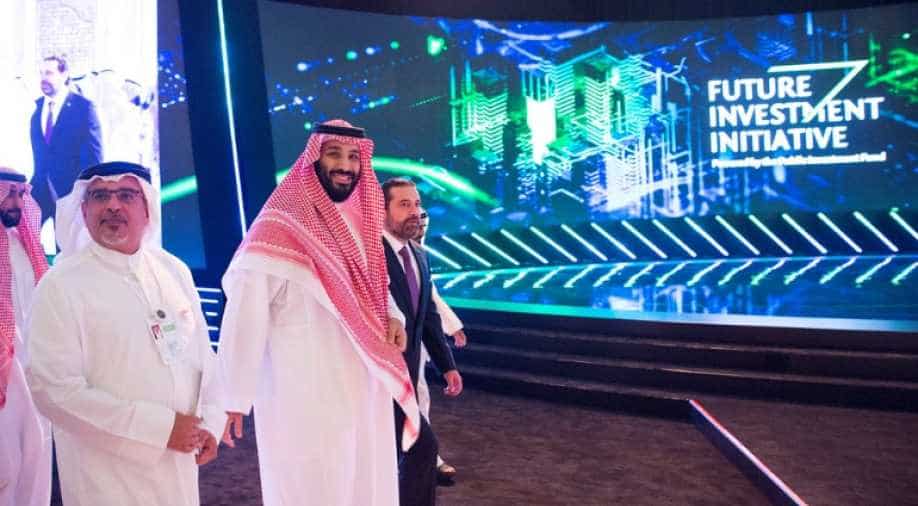 Saudi Arabia said it signed $56 billion of deals at an investment conference this week and expected the United States to remain a key business partner despite a partial boycott of the event over the killing of Saudi journalist Jamal Khashoggi.

Over two dozen top officials and executives from the United States and Europe, including US Treasury Secretary Steven Mnuchin and chief executives of big banks, cancelled their participation in the conference over the killing of Khashoggi inside the Saudi consulate in Istanbul on October 2.

There was concern that, temporarily at least, commercial ties with the West could be damaged as the blow to Riyadh's reputation and the risk of economic sanctions over the Khashoggi affair made it harder to enter new deals.

Still, the three-day Future Investment Initiative conference drew hundreds of businessmen and government officials from around the world to a palatial venue in Riyadh, aiming to attract foreign capital to support Saudi economic reforms.

"There were more than 25 deals signed worth $56 billion," Saudi Energy Minister Khalid Al-Falih told state television on Thursday, adding that U.S. companies accounted for most of those contracts.

He added: "The US will remain a key part of the Saudi economy because the interests that tie us are bigger than what is being weakened by the failed boycotting campaign of the conference."

Saudi Arabia at first denied any involvement in Khashoggi's death but a Saudi official eventually attributed it to a botched attempt to return him to the kingdom. Turkey has dismissed Saudi efforts to blame rogue operatives and urged Riyadh to search "top to bottom" for those responsible.

Saudi Crown Prince Mohammed bin Salman told international investors at the conference that the furore over the killing would not derail the kingdom's economic and social reform drive.

In protest at the Khashoggi case, British billionaire Richard Branson suspended discussions with Saudi Arabia's Public Investment Fund, which hosted the conference, over a planned $1 billion investment in his group's space ventures.

On Wednesday, New York City's chief pension fund official urged financial market index providers to reconsider decisions to add Saudi Arabia to their emerging markets products -- decisions that are expected to attract at least $15 billion of foreign funds into the country next year.

Few senior executives from China and Japan announced they were withdrawing from the event, putting pressure on the Western firms to maintain a presence or risk losing business.

A senior European banker at the conference said that while the Saudi image among some international bond investors had been damaged, investment patterns would probably return to normal in a couple months. "Business has a short memory," he said.

Although many European countries have voiced concern over the Khashoggi case, they are wary of taking further action because they do not want to jeopardise billions of dollars in defence contracts with Saudi Arabia, several diplomats in the Gulf told Reuters.

Germany is so far alone in halting arms sales to the world's largest oil exporter. Other European countries have largely limited their reaction to calling for those responsible to be held accountable. Britain said on Wednesday it was joining the United States in revoking visas of people said to be involved.

State oil firm Saudi Aramco said it had signed deals with 15 international partners worth more than $34 billion at the conference. The firms included US oil field services giants Schlumberger, Halliburton and Baker Hughes.

There were also deals to bring foreign investment and technology into Saudi Arabia's education, health care and housing construction industries.

Some of the deals were memorandums of understanding which may never progress to the stage of firm contracts, and other deals had already been planned for months, so there was a strong element of public relations in the $56 billion total.

Nevertheless, Economy Minister Mohammed al-Tuwaijri told the conference that the government had received many expressions of interest from Asian and European companies in buying Saudi state assets.

An ambitious privatisation programme was announced two years ago but there have been very few actual deals since then. Tuwaijri said on Thursday, however, that the programme would proceed in the next few months now that legal and regulatory problems had been resolved.

"From now until the first quarter of 2019 we have four opportunities in silos and grains," he said, adding that deals in the education, healthcare and water desalinisation sectors would also be offered in this period.

Finance Minister Mohammed al-Jadaan disclosed positive figures for government finances, which have been a major concern for foreign investors since oil prices plunged in 2014. Non-oil revenue in the third quarter jumped 48 per cent from a year ago while spending surged 25 per cent, he said.