Russian woman convicted by US of being agent returns home 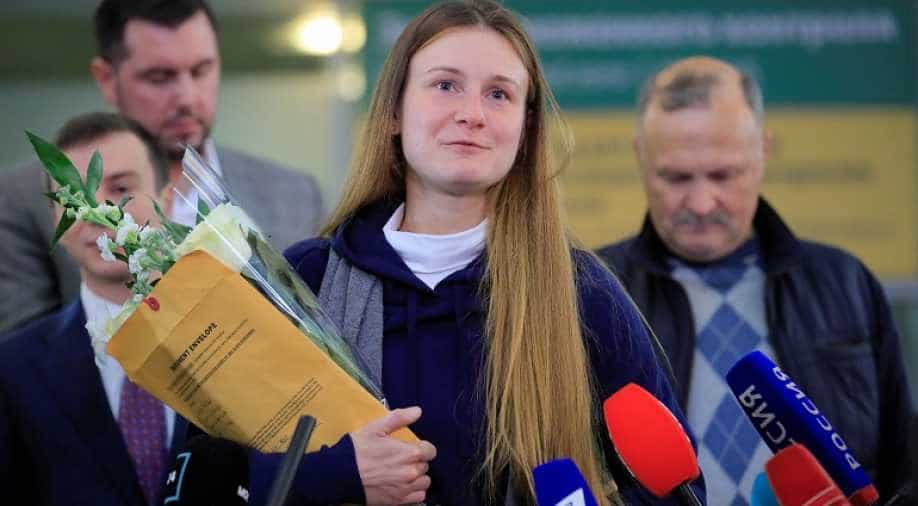 "Russians never surrender," she said in a brief statement at the airport, flanked by her father and a foreign ministry spokesman. She thanked her supporters and added she was happy to be back.

Russian national Maria Butina, who was jailed in the United States in April after admitting to working as a Russian agent, arrived in Moscow on Saturday, greeted by her father and Russian journalists who handed her flowers.

"Russians never surrender," she said in a brief statement at the airport, flanked by her father and a foreign ministry spokesman. She thanked her supporters and added she was happy to be back.

Butina pleaded guilty in December last year to one count of conspiring to act as a foreign agent for Russia by infiltrating a gun rights group and influencing US conservative activists and Republicans.

Her case further strained the US-Russian relations, prompting Moscow to accuse Washington of forcing Butina, a 30-year-old graduate student, to confess to what it described as ridiculous charges.

Butina, released from a Florida prison on Friday after serving most of her 18-month sentence, did not comment on her case in her statement at the airport.

But in an interview with Russian state media apparently recorded during the flight, Butina insisted on her innocence.

"Some actions will need to be taken with regards to the outrage that happened to me," RIA news agency quoted her as saying.

Butina had been scheduled for release from the low-security prison in Tallahassee in early November, but a change in federal law moved up her release date based on credit for good behaviour, according to her attorney in the United States, Robert Driscoll.

Her 18-month sentence included nine months she spent incarcerated after her July 2018 arrest.