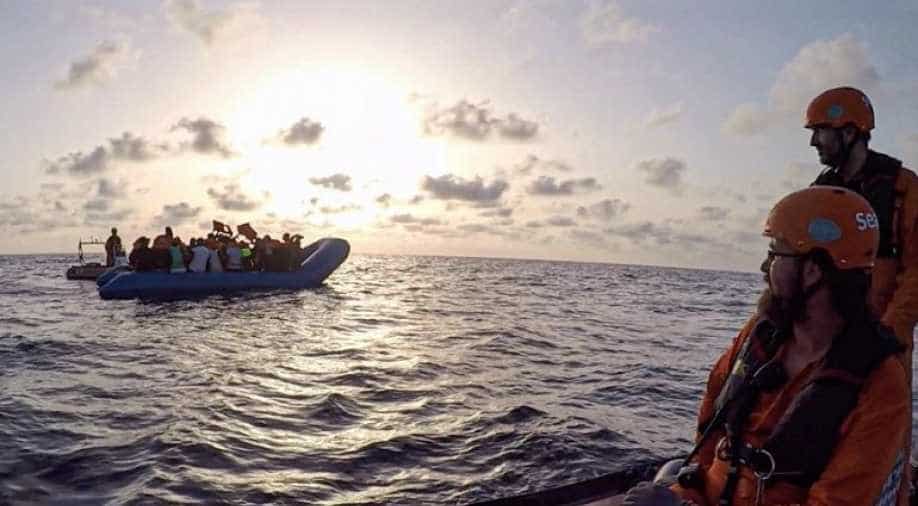 The Libyan navy on Thursday put the number of migrants on board at 250 and the UNHCR said up to 150 were feared dead.

Fifty-five bodies have been recovered so far off the Libyan coast, an aid worker said on Saturday, after a wooden boat carrying hundreds of migrants capsized on Thursday.

Search operations are continuing to find other missing migrants, a member of Libyan Red Crescent told Reuters by phone.

It was unclear how many people were on board and how many are still missing and feared to have been drowned after what the UN refugee agency UNHCR described as “the worst Mediterranean tragedy of this year.”

The Libyan navy on Thursday put the number of migrants on board at 250 and the UNHCR said up to 150 were feared dead.

"We do not have enough capability to carry out our operations. Citizens help us with their own vehicles,” Abu Sabay said.

"The bodies are still in bags in a hangar and we are waiting for security authorities' permission to bury them,” he added. The hangar belongs to a department set up to fight illegal migration.