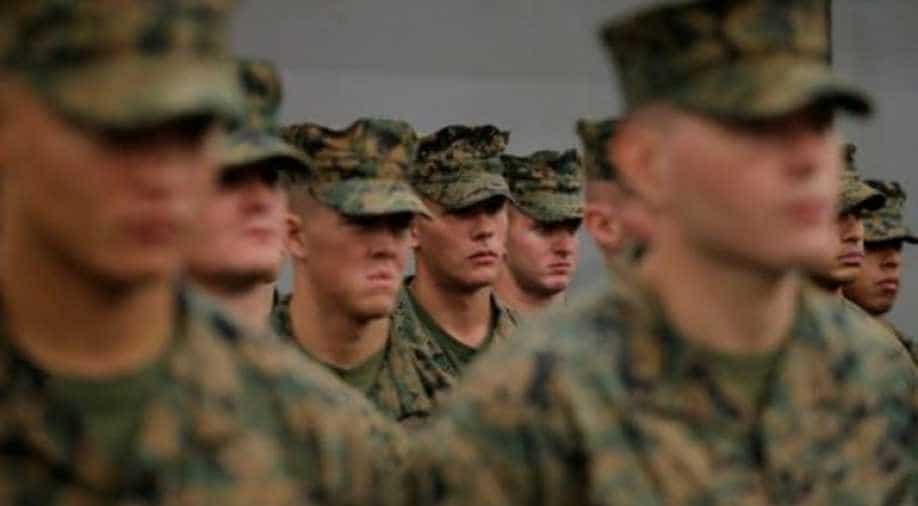 File photo of US Marines aboard. Photograph:( Reuters )

The United States will deploy a record number of Marines to train in Australia, the Australian defence minister said on Friday, as Washington seeks to counter what it describes as Chinese aggression in the region.

Payne said 1,587 US Marines will spend six months training in Australia's remote north, an increase of nearly 27 per cent on its 2017 rotation for the programme known as the Force Posture Initiatives.

"The US military plays a vital role in underwriting security and stability across the Indo-Pacific, and the Force Posture Initiatives will be an essential component in preserving stability and security over the coming decades," Defence Minister Marise Payne said in a statement.

The deployment, first introduced in 2011 as part of a US "pivot" to Asia, has emerged as a key indicator of Washington's commitment to the region under US President Donald Trump and his willingness to counter Chinese influence in a region where tensions have spiked amid disputes over the South China Sea.

China claims most of the South China Sea, an important trade route that is also believed to contain large quantities of oil and natural gas, and has been building artificial islands on reefs, some with ports and airstrips.

In a move likely to irk Beijing, the US Marines will train with personnel from Australia, Indonesia, Japan, Malaysia, the Philippines, Singapore and Thailand, some of which also have claims in the South China Sea.

"China will monitor whatever the US does and it would prefer that the United States not work with the Asian countries included in these exercises," said Euan Graham, director of the international security programme at Australian think tank the Lowy Institute.

"Beijing would like to deal one-on-one with Southeast Asia nations that have counter claims," he said.

The US Marines will also bring additional military equipment, including helicopters and F-18 jets, Payne said.

Australia, a staunch US ally with no claim to the South China Sea, has long maintained its neutrality in the dispute to protect its economic relationship with China.

But bilateral relations have soured in recent months after Australian Prime Minister Malcolm Turnbull said China was improperly interfering in Canberra's affairs, an accusation that triggered a rare protest from Beijing.