Reasons for surge in death toll in Iraq, Syria 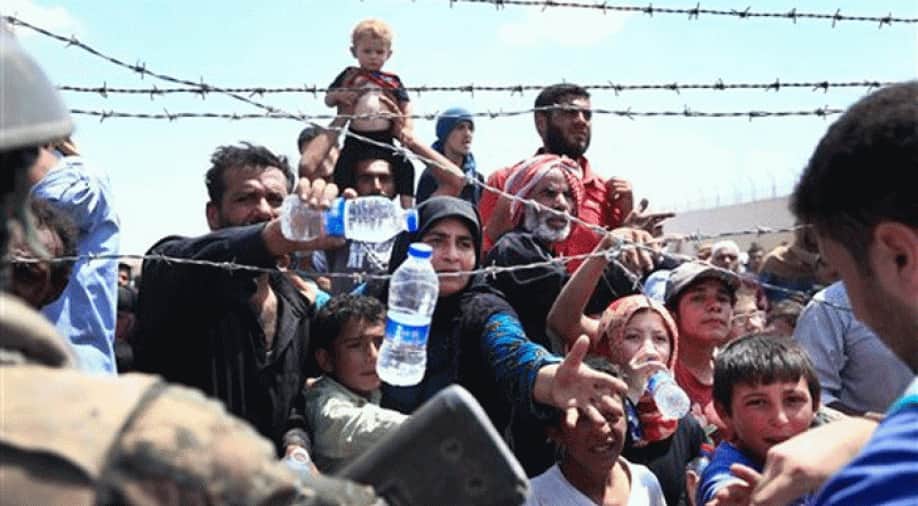 Reports of civilian deaths from US-led air strikes in Iraq and Syria have soared in recent months, raising questions about whether President Donald Trump's order to "annihilate" the Islamic State group is fueling the increase.

The Pentagon vehemently denies this, and insists its targeting procedures and protocols to avoid civilian casualties have not changed.

Here is a look at what is going on.

How many are dying? -

According to an official tally at the end of April, the Pentagon confirmed at least 352 civilians had been killed.

That toll came before Thursday's announcement that at least 105 people were killed in an anti-IS strike in the Iraqi city of Mosul in March. The official numbers are also dwarfed by claims from monitoring groups.

The Syrian Observatory for Human Rights this week reported the highest monthly civilian death toll for the coalition's operations in Syria.

It said between April 23 and May 23, coalition strikes killed 225 civilians in Syria, including dozens of children.

Airwars, a London-based collective of journalists and researchers that tracks civilian deaths in Iraq and Syria, claims a minimum of 3,681 people have died in coalition strikes -- between 283 and 366 of them in April alone.

Trump, who campaigned on a pledge to quickly defeat IS, ordered his generals to come up with a revised plan to defeat the jihadist group.

The review resulted in an "annihilation campaign" to kill all IS fighters, and saw commanders gain greater autonomy to make battlefield decisions.

Observers worry this is translating to a greater willingness to risk civilian life.

Hina Shamsi, director of the ACLU National Security Project, voiced concerns the White House can't be trusted to provide accurate information about civilian deaths, and whether guidance has changed.

"Even in war, there are rules and those rules are aimed at protecting civilian life," she told AFP.

"It's not at all clear that all feasible precautions are being taken to protect civilian life."

What does the Pentagon say?

The Pentagon strongly disputes such assertions, and says that protecting civilians is a top priority in assessing targets.

"Throughout this fight, every target goes through our refined process to ensure it's not only a legitimate target under the law of armed conflict, but that it meets a threshold of proportionality and necessity," said Lieutenant General Jeffrey Harrigian, who heads US Air Forces Central Command.

Only 0.24 per cent of engagements have resulted in a "credible" report of civilian casualties, according to the Pentagon.

So what is happening?

The battlefield is changing, and in some places very quickly.

Whereas at the start of the campaign, the coalition was primarily striking IS fighters as they moved across large areas of open terrain, the fight is now focused on predominantly urban areas.

In Iraq's second city Mosul, for instance, IS jihadists are operating from tightly populated areas. The March 17 strike that resulted in the death of at least 105 civilians came when IS snipers were spotted in a building.

The air strike on the snipers inadvertently caused a stash of IS munitions to blow up, triggering the building's collapse, according to the Pentagon.

Brian McKeon, a senior Pentagon policy official at the end of the Obama administration, said the increasing civilian toll is due to fighting in a city, rather than any policy change under Trump.

"They are trying very hard to avoid civilian casualties because," he said.

"It's what the law tells them, and they want to avoid handing ISIS propaganda victories. But the risk of making mistakes is going to go up when you are operating in an urban environment."