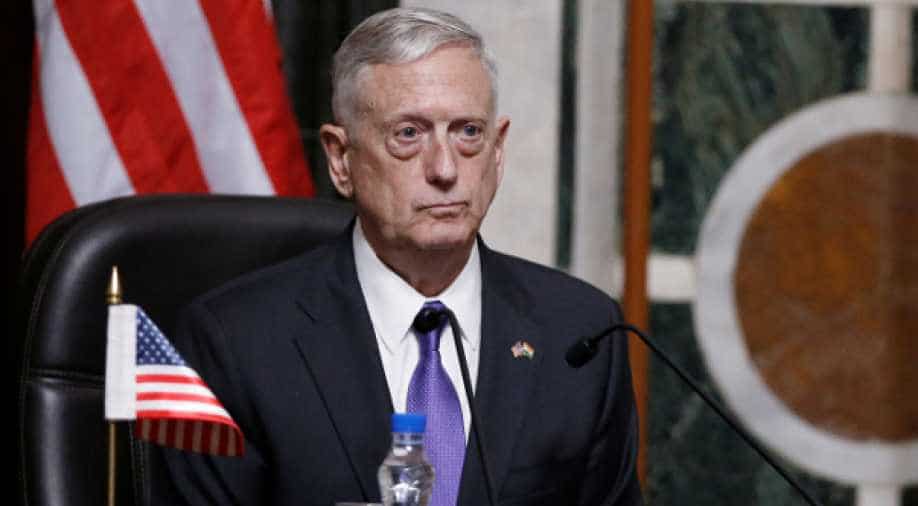 US Defense Secretary James Mattis told the House Armed Services Committee that Pakistan's role as a major non-NATO ally could be revoked if it did not crack down on terror outfits. Photograph:( Reuters )

In a move which could further fray relations with Pakistan, US defense secretary James Mattis said today his government would try to work with Pakistan to address the problem of terrorism but if it fails then the "US president would be prepared to take whatever steps necessary".

The Trump administration had earlier notified the US Congress that it was giving $255 million to Pakistan in military assistance only if it cracked down on terror groups.

"We need to try one more time to make this strategy work with them, by, with and through the Pakistanis, and if our best efforts fail, the president is prepared to take whatever steps are necessary," Mattis said at a House Armed Services Committee hearing.

Pakistan's relations with the US, especially under Trump, have hit rock bottom after the US president put Pakistan on notice last month saying, "We can no longer be silent about Pakistan's safe havens for terrorist organisations".

During his speech, Trump leaned on India to move forward on Afganistan where the US has been engaged in a fight to overcome the Taliban for over sixteen years.

When asked by a lawmaker whether revoking of Pakistan's major non-NATO ally was amongst the options being considered to deal with Islamabad, Mattis said: "I am sure it will be."

Marine Corps General Joseph Dunford said that the current cost for the United States in Afghanistan was about $12.5 billion a year, and the new strategy would cost an additional $1.1 billion.