Pakistan tells UN it won't be 'scapegoat' in Afghan war 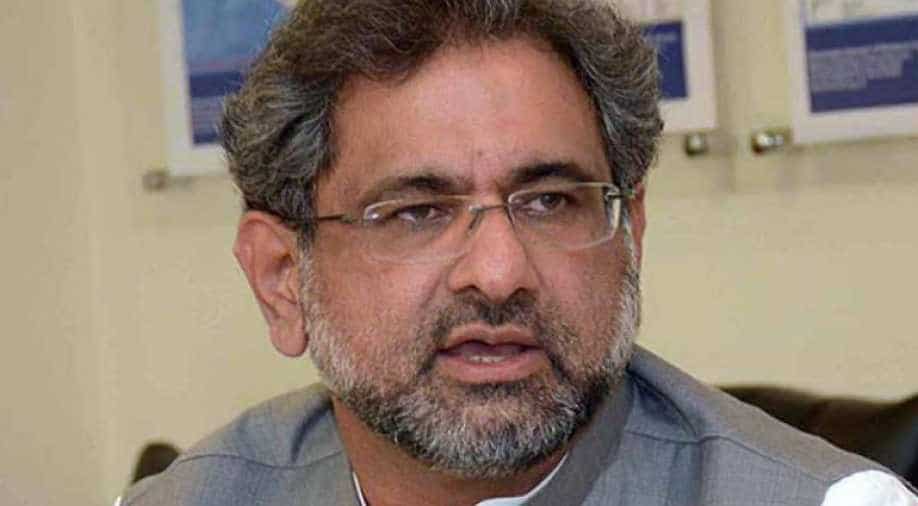 'What Pakistan is not prepared to do is to fight the Afghan war on Pakistan's soil. Nor can we endorse any failed strategy that will prolong and intensify the suffering of the people of Afghanistan and Pakistan,' Abbasi said. Photograph:( Facebook )

Pakistan refuses to be a "scapegoat" for Afghanistan's bloodshed or to fight wars for others, Prime Minister Shahid Khaqan Abbasi told the United Nations on Thursday.

Addressing the UN General Assembly, Abbasi did not explicitly criticize US President Donald Trump's new strategy on Afghanistan but made clear his displeasure with the renewed onus on Pakistan.

"Having suffered and sacrificed so much due to our role in the global counter terrorism campaign, it is especially galling for Pakistan to be blamed for the military or political stalemate in Afghanistan," Abbasi said.

"We are not prepared to be anyone's scapegoat," he said.

"What Pakistan is not prepared to do is to fight the Afghan war on Pakistan's soil. Nor can we endorse any failed strategy that will prolong and intensify the suffering of the people of Afghanistan and Pakistan and other regional countries," he said.

Abbasi said that 27,000 Pakistanis have been killed by extremists since the launch of the US war on terror after the September 11, 2001 attacks.

He called for a priority on eliminating extremists, including from the Islamic State group and Al-Qaeda, in Afghanistan but ultimately a political solution with the Taliban.

US and Afghan officials have long accused Pakistan of playing a double game, with the powerful intelligence services -- not the civilian government -- maintaining ties with extremists.

US forces tracked down and killed Osama bin Laden in 2011 in Abbottabad, a popular resort for Pakistan's military elite.

Trump, unveiling a new strategy last month, pledged to take a tougher line on Pakistan -- making public what had long been more private US frustrations.

Trump has sent thousands more US troops into Afghanistan in a bid to defeat the Taliban, reversing his previous calls to end America's longest-ever war.

Afghan President Ashraf Ghani in his own speech to the United Nations appealed to Pakistan for dialogue, saying that the neighbors can work together to eliminate extremism.

Renewed attack on India
Analysts say that Islamabad's role in Afghanistan is rooted in the security elite's fixation on historic rival India, which has warm ties with the post-Taliban government in Afghanistan.

Abbasi, who took office last month after his predecessor Nawaz Sharif was disqualified from office over a corruption scandal, used his UN address to renew Pakistan's condemnation of India's rule in Kashmir, the Himalayan territory divided between the two nuclear powers.

Accusing India of "massive and indiscriminate force" in Kashmir, Abbasi urged an international investigation and warned of escalation on their military frontier, the Line of Control.

"Pakistan has acted with restraint. But if India does venture across the LoC, or acts upon its doctrine of limited war against Pakistan, it will evoke a strong and matching response," he said.

He was referring to an Indian strategic doctrine, rarely discussed openly, of a limited military response on Pakistan that is intended to stop short of triggering a nuclear reprisal.

India accuses Islamabad of training, arming and infiltrating militants into Kashmir. India considered but ultimately decided not to strike Pakistan after a bloody 2008 assault on Mumbai, which was planned by Pakistan-based extremists.