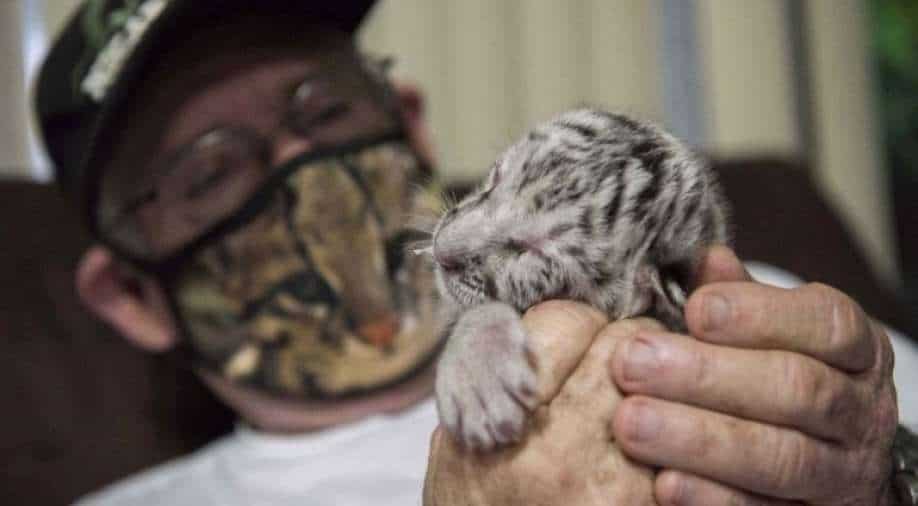 A rare white Bengal tiger, named "Nieve" born at the Nicaragua zoo is being raised by humans after its mother rejected it.

Nieve is the first white tiger born in Central American country Nicaragua to a pair of yellow-and-black-coloured Bengals.

According to the zoo's director Eduardo Sacasa, Nieve came into the world a week ago, weighing just under a kilogramme at birth. 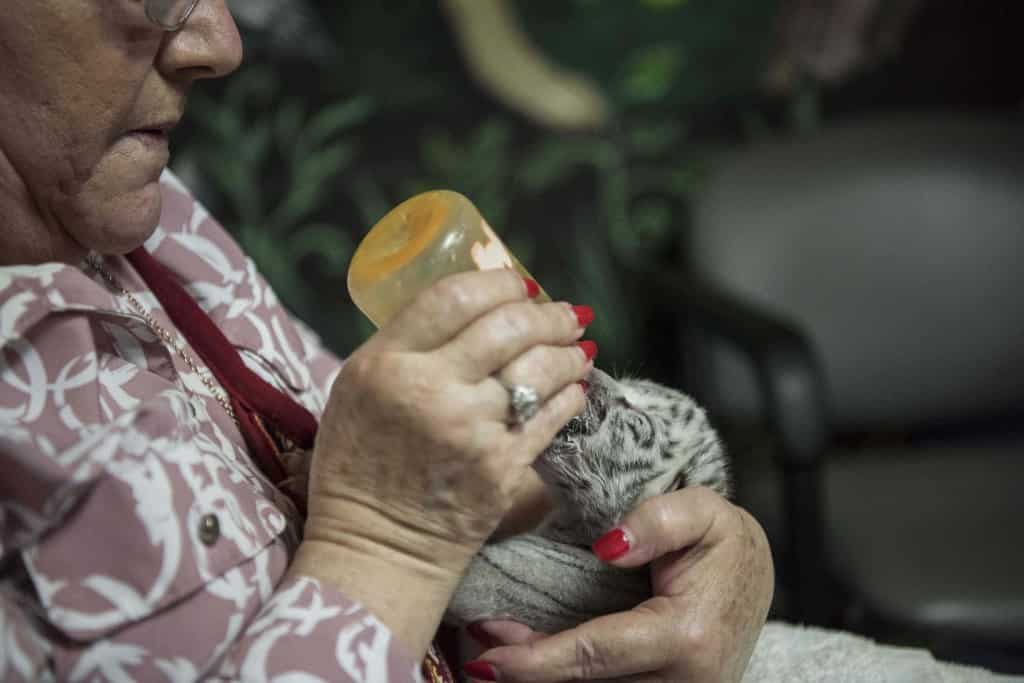 Conservation group WWF describes white tigers as "a genetic anomaly", with none known to exist in the wild. There are several dozen in captivity.

White tigers are Bengal tigers whose parents carry a recessive gene, according to The Wildcat Sanctuary in Minnesota which helps and studies felines. They are not albinos or a separate species.

Some parks and zoos inbreed white tigers, as white cubs draw more visitors, though this is often at the cost of malformations and other genetic problems, states the sanctuary website.

The cub's mother, rescued after she was abandoned by a circus, had inherited the rare gene from her grandfather, who was white.

Nieve was taken away from her mother, who rejected her and is being bottle-fed by Sacasa's wife, Marina Arguello, who helps manage the zoo of some 700 animals and a rescue centre.

Arguello whispers sweet nothings into the tiny cub's ear while it suckles, and pats it lightly on the back afterwards.

"She has not lost her appetite; every three hours she gets the bottle. If not, she screams... also if the milk gets too cold," said Arguello.

'Choose - I kill you or rape you': Abuse accusations surge in Ethiopia's war