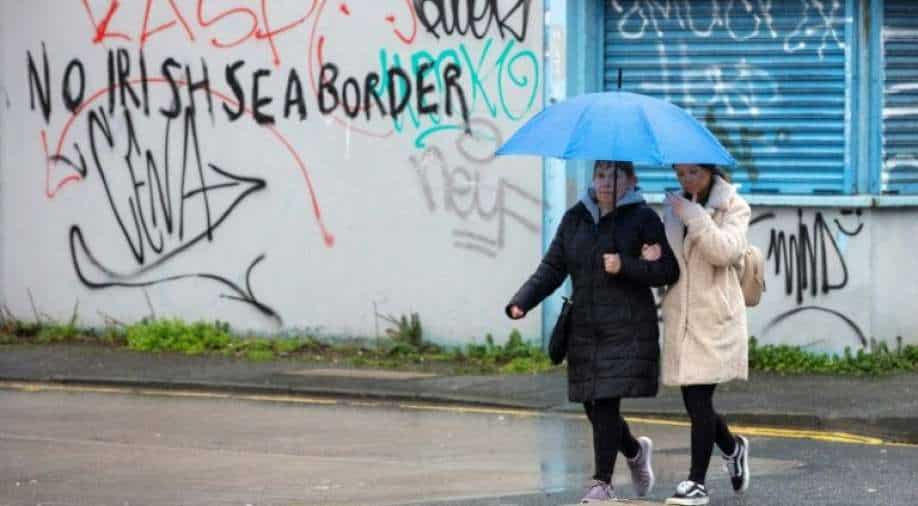 In a letter Wednesday to Prime Minister Boris Johnson, the Loyalist Communities Council said it was "hereby withdrawing support for the Belfast (Good Friday) Agreement and its institutions until our rights under the agreement are restored".

Pro-UK paramilitaries say they are abandoning support for Northern Ireland's 1998 peace deal because of a post-Brexit trading pact that has provoked crisis between London and Brussels.

In a letter Wednesday to Prime Minister Boris Johnson, the Loyalist Communities Council said it was "hereby withdrawing support for the Belfast (Good Friday) Agreement and its institutions until our rights under the agreement are restored".

The LCC represents three militant groups that were responsible for many deaths during 30 years of conflict between pro-UK unionists and pro-Irish republicans, before the peace was sealed in 1998.

The council emphasised that unionist opposition to the Brexit deal's Northern Ireland Protocol should remain "peaceful and democratic".

But its announcement offers more evidence that Northern Ireland's delicate balance of peace is being destabilised as a result of Brexit, with unionists furious over new border checks that they say are separating them by stealth from the rest of the UK.

The checks on goods at two ports in Northern Ireland were briefly suspended last month after graffiti appeared threatening staff, and senior police have said there is a "febrile" atmosphere in the province.

The protocol was agreed by London and Brussels to prevent a hard border emerging between Northern Ireland and EU member the Republic of Ireland, a flashpoint in the decades-long sectarian conflict.

The LCC said it would withhold support for the Good Friday Agreement until the protocol is amended to ensure "unfettered access for goods, services, and citizens throughout the United Kingdom".

The EU said the UK action amounts to a breach of international law, and Irish broadcaster RTE reported the bloc is considering legal action.

"If the UK simply cannot be trusted because they take unilateral action in an unexpected way without negotiation, well then the British government leaves the EU with no option," Coveney said.

Some supermarket shelves in Northern Ireland went bare in the first weeks of this year, after a post-Brexit transition period ended and Britain definitively left the EU single market on January 1.

The changes have caused widespread confusion among businesses, with some UK suppliers refusing to ship goods across the Irish Sea.

US Defense Secretary Austin in Israel amid Iran nuclear talks